I have done enough detail on the reprehensible City of Cambridge and its friends in the state bureaucracy.

I have done enough detail on the fake groups they work through, including the FALSELY named Charles River Conservancy.

Here are photos taken on March 29, 2011, of a healthy, excellent grove of APPROXIMATELY 105 trees on Memorial Drive of which APPROXIMATELY 83 HEALTHY trees are slated for destruction for a bizarre highway project. This bizarre project which fits in the same level of lack of quality as the bizarre projects at Magazine Beach, bizarre, needless animal abuse in the BU Bridge project, and the destruction of pretty much all ground vegetation between the BU Bridge and the BU Boathouse, rather clearly by this fake environmental group. 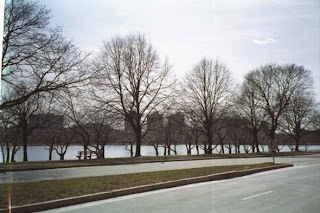 These trees are but a portion of the needless destruction being fought for by this fake environmental group. The majority of trees not shown are much larger.

The fake environmental group, the falsely named Charles River “Conservancy” claims it is getting moneys from the sale of ENVIRONMENTAL license plates, as just reported. 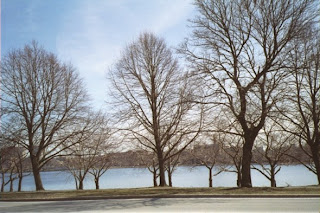 It appears that the hypocrites from Cambridge are seeking money from the legislature for this bizarre destruction.

And the fake environmental group running which is the most visible supporter of this irresponsible and needless destruction claims to be getting money from environmental license plates. 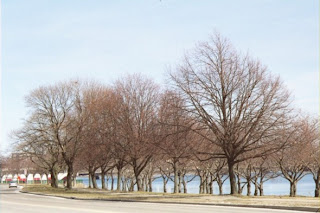 This is a partial printing. All my photos from March 29 will be printed on the Charles River White Geese facebook page.

Contact information is on the “what you can do” button. Please remember, however, that pretty much all incumbent Cambridge pols should be considered beneath respect.
Posted by Friends of the White Geese at 5:57 PM