Cambridge, MA, USA, the DCR and the Cambridge Machine one step closer to destruction of Alewife Reservation and its animals.

1. Public meeting.
2. Background.
3. Photos.
A. Parking lot.
B. Initial devastation.
C. Coming devastation.
4. It is possible still to save Alewife.

Today, February 25, 2012, the Cambridge, MA Conservation Commission will consider the conversion of a parking lot to housing near the Alewife Reservation.

If Cambridge had a responsible city government and did not have the reprehensible Cambridge Machine running around lying that it is defending the environment, that parking lot would be in the process of being converted to flood protection and housing.

But Cambridge, MA, has a long tradition of fake groups, fronts for the Cambridge Machine, preventing needed and responsible behavior and maneuvering decent people into destruction.

The local group has been lying that it is protecting Alewife for 15 years and is still spouting its lies.

And the woman leading the fraudulent group started bragging about the first destruction she had achieved through 14 years of lies of concern, telling well intentioned people to look at everything except what counts.

The actual entities physically doing the destroying are the City of Cambridge, MA, USA and Massachusetts’ Department of Conservation and Recreation.

This is the parking lot being converted to housing. Construction has already started. If Alewife is not to be destroyed for “flood protection,” neighboring properties need to be used for flood protection. This one WAS key.

There is another parcel which just came into play which is the only parcel between Alewife and this parcel.

The massive parking lot behind this one, stretching to the east can still be used for flood protection with the new parcel. BUT the Machine, using the fake protective group and the neighboring fake neighboring association are aggressively stalling so that needed parcels will be taken out of availability and there is “no choice” but massive destruction of virgin woods and animals the Machine lied for 14 years that it was protecting. 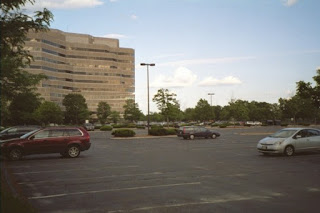 The rest of the Alewife reservation, those massive trees in the distance.

4. It is possible still to save Alewife.

The most important thing is to recognize the rotters in the Cambridge Machine for the rotters they are.

This week, the rotters are telling people to look at Kendall and Central, so they can control good people and keep good people from “trouble” there, and to keep them away from: The outrages at Alewife, the outrages on the Charles River, the outrages at Fresh Pond, massive destruction of trees at the Cambridge Common and Flagstaff Park, destruction the grass at Danehy Park to plant plastic, the irresponsible highway proposals on the Grand Junction and the Charles River, and who knows what else.

And, oh yeah, one of the worst of the guilty is putting on a show about defending women.

Her big lie, of course, is proven by her terrible record on women’s rights, by the name of Malvina Monteiro and a city manager a whole bunch of court related people certainly think should be fired. She does not want to talk about her performance on her job. She is doing more important things.

Firing a city manager legally declared unfit for duty is her job. She is much better at yelling at other folks. And the hypocrites whose constant lies keep her in office, are continuing with the lies. Lies of omission, of course.

This hypocrite has been promoted to State Representative. Her extremely bad eight compatriots are running for reelection, lying that they are fit for their jobs.

In order to save Alewife, it is necessary to stand up to a massive and really rotten organization.

Yelling at the governor because of the strong continuing and accelerating destruction by the Department of Conservation and Recreation would make a lot more sense. He may be contacted at http://www.mass.gov/governor/constituentservices/contact/.


The reality is that the Governor has yielded through the Department of Transportation to first steps toward massive destruction on the Charles River. This is because of an organized and, as usual, highly deceptive push by the Cambridge Machine and its fellow destroyers.

The Governor has shown he will respond.

The lies are proven at Alewife. The Machine is getting as far away from this rottenness as it can, while continuing to stall, lying that they are doing the good fight.
Posted by Friends of the White Geese at 8:37 AM