I have received the following email.  I went to the location and photographed the outrage.  Photos are below.  There is pruning and there is irresponsible pruning.

The property is directly across Memorial Drive from the parklands and the Charles River.

It is several buildings west of the location where the Cambridge Machine is fighting to destroy the little guys’ parking lot, as usual, lying through omission.

This building is one very large development (808 to 812 Memorial Drive) east of River Street and the River Street bridge (next west of the BU Bridge).  My photos of the destruction are interspersed.

My photos of the area being attacked by the Cambridge Machine will follow.

I am writing to let you know about a very alarming distressing sight which met my eyes today. The Polaroid building on Memorial Drive adjacent to the 812 Menorial Drive the company which

Had a lot of shade giving trees in its property which belongs to Mother Earth first and foremost has practically decimated all the trees within that area. The sight was extremely distressing. 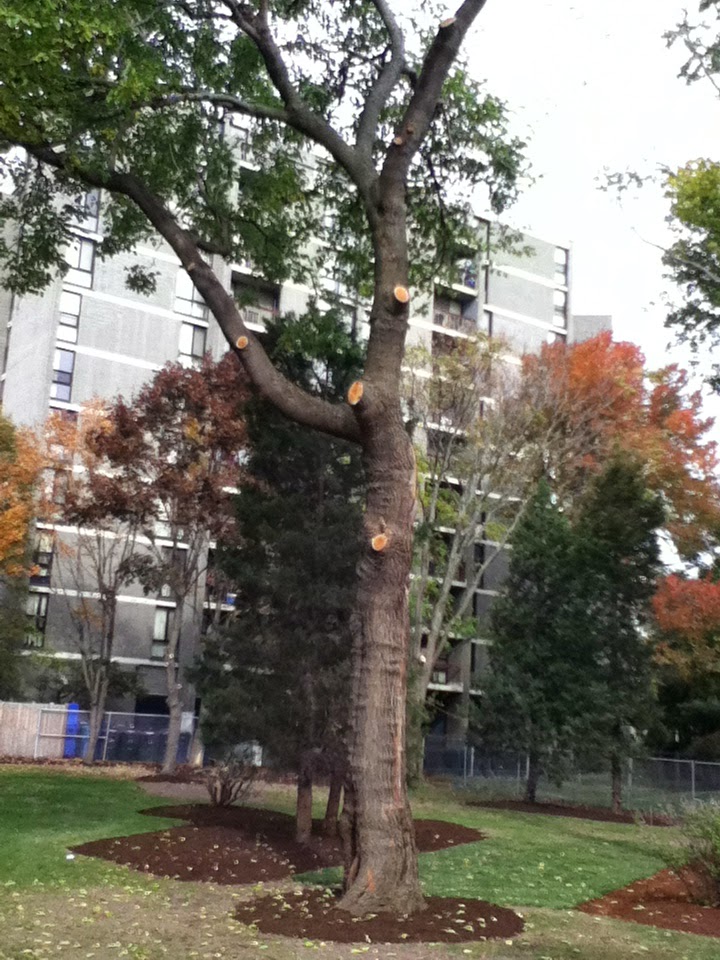 Every single tree has had its huge shade giving branches chopped off. The determined destruction, the callousness, malevolence and viciousness the way they have left every tree standing helplessly with just on one limb and branch is utterly sad depressing and downright heartbreaking.

The lies they perpetuate or have perpetuated to carry out such an unbearable act of cowardice, shamelessness and callousness is beyond words and you have to just see the sight to appreciate what I am writing to you about. 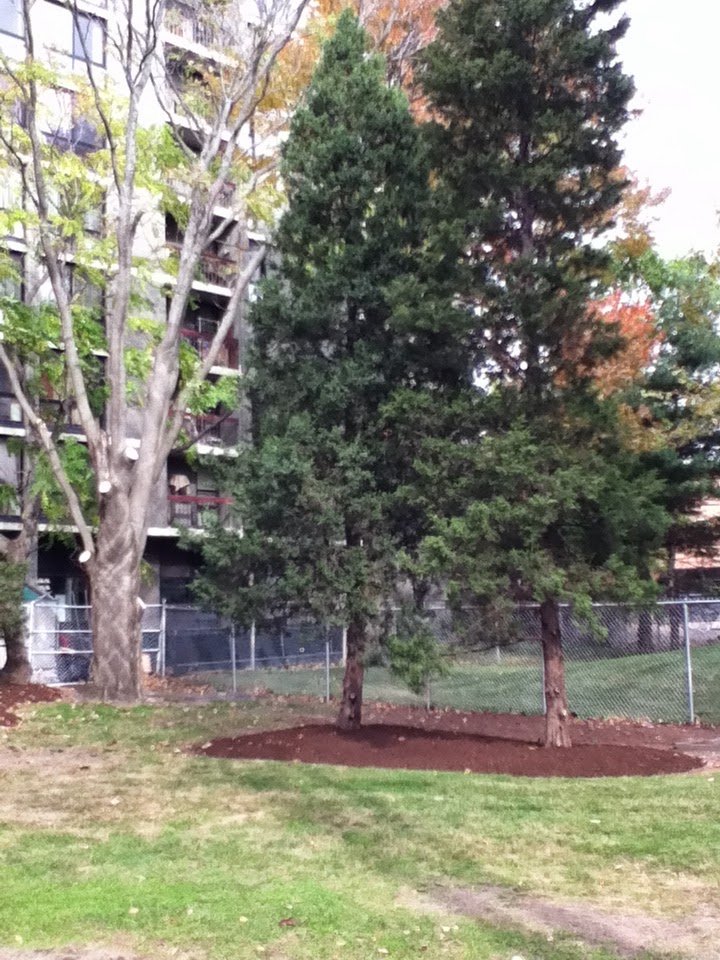 Those trees were no disturbance to anybody and were the home to an abundant population of wildlife Gods most lovable gentle innocent loving brings like Birds, Bunny Rabbits, SQUIRRELS, perhaps even a ground hog or so.

It was truly lush and green with all the trees with all their branches healthy and green and provided a lot of shade and oxygen especially during the sweltering hot summer months. There were Blue JAYS RED CARDINALS , CHIKADEES, NUTHATCHES, TITMOUSE, ORANGE ROBINS, migratory birds like WAX BIRDS. ORANGE ORIOLES, YELLOW GOLDFINCHES WARBLERS, WOODPECKERS ( with the black and white colouring and a distinctive red spot on its head and the larger Brown Woodpecker with a RedColoring on ots head & THRUSHES TO JUST NAME A Few.

The above natures denizens have lost their nesting and breeding sight with this large scale heinous massacre of such huge old healthy shade trees. 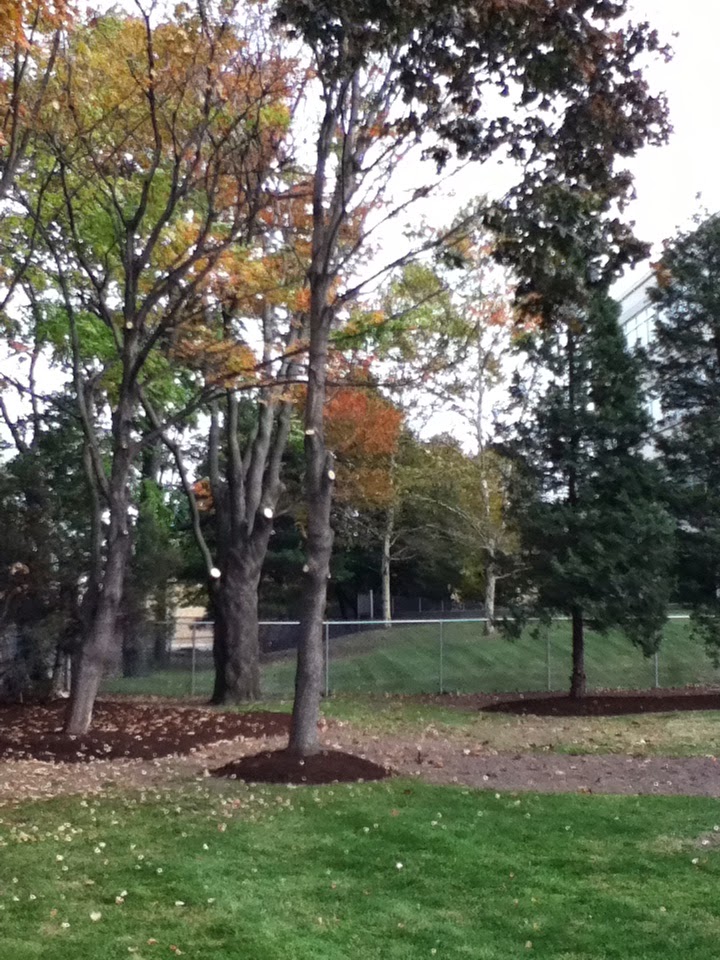 You might like to get some people who can make sure that the callous cannibals who destroyed these lovely harmless trees can be also made to pay a price for such determined systematic evil destruction carried out with no opposition no repurcussions from anybody and acted with dictatorial authority to do this destruction without any agency or entity to prevent this from even happening.

Please find out how to take the evil destructive persons corporations and City and state departments to answer without systematic lies harassment intimidation and threats on people like myself. People like myself who want to prevent such distressing heartbreaking callous, wanton, determined, unchallenged destruction to innocent helpless planet sustaining oxygen providing trees. Shade giving trees which provide and gift humankind with fresh oxygen and cleaning the severe pollution in the environment also giving simultaneously shelter and home to innumerable named and unnamed natures own which we have labelled animals birds wildlife etc. 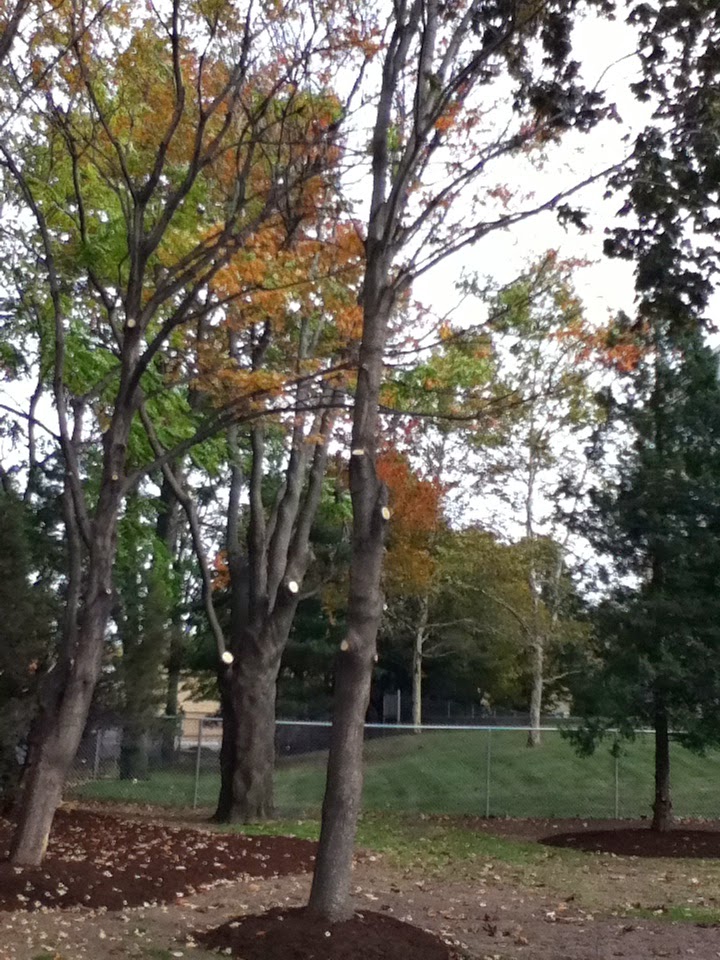 I request you to kindly make the time to look for yourself and contact the right people who can get this thing reversed by making ways for the trees to help regrow these branches and replant new shade and fruit giving trees which the city state corporations and landscaping companies who are determined to maul and taunt nature and people who are made powerless in the face of their unbridled power, positions, arrogance callousness, cool systematic malevolence and evil.

I will greatly appreciate your doing something to reverse the above which is going at a feverish pace all over Memorial Drive and other areas in Cambridge MA and in the entire heavens of our own sad and helpless celestial heavens of Mother Earth.

Posted by Friends of the White Geese at 4:08 PM