1. Context.
2. Responsible Environmental Management.
3. Photos.
A. Woody Allen’s set.
B. The rest of the area.
C. Other, undated shots.
4. Photos of the Charles River and Cambridge.
5. The difference.

Yesterday, July 31, 2015, I saw Woody Allen’s just released “Irrational Man” at the Coolidge Corner Theater in Brookline, MA.  It has apparently been released on a limited basis with negligible advertising.  I want to thank Elaine Victoria Gray for tipping me off.

I am a professional, union, actor.  In addition to serious movie acting, I do background work.  Last Summer, I worked in the Newport area on this Woody Allen movie.  I knew what to look for, so I did see me in one shot, although I would anticipate people without inside information will probably miss me.

My “reel” which is selected samples of acting work cut down to a total of two minutes, may be viewed at http://youtu.be/0hdkCK9iX9w.  This is not an environmental link.  This is presented just to show that I know how to act.

The final still in the link, however, is a posed shot from a news report of a show performed live in East Harvard Square (Boston Phoenix on line / Derek Kouyoumjian).  The venue directly abuts a very large part of Cambridge’s Massachusetts Avenue where I did the initial writing and was key in planning for changes of zoning to make the zoning more environmentally responsible, albeit large.  The area whose zoning I impacted working with one group or another covers about 85% of the area between Harvard and Central Squares.

I was personally responsible for saving a small park directly in front of the venue, which went from small bushes to a rather magnificent little piece as part of the City Manager’s related apology to the Cambridge City Council.

Some of the best scenes in Woody Allen’s movie were shot in a location with which I am well familiar.

They were shot in an federally owned and maintained animal habitat on the coast.  The shots were of ocean / bay, beautiful, rugged rocks with a lot of flat areas, and a small beach.

I have known this area since about 1980.  When I first visited it, the area was overwhelmingly asphalt.

The feds got serious about our world in the 1980's.  What they have done to this location is nothing less than spectacular.

The approach of the feds has been exactly the opposite of the approach to the Charles River by the City of Cambridge and their accomplices in the state bureaucracy’s Department of Conservation and Recreation.

The difference is that between horribly destructive massive expenditures of money on the Charles River and responsible, careful, financially economical love of the environment near Newport.

The feds simply closed off most of the reservation.  They prohibited private vehicles and kept people out of the most sensitive areas.

The large expanses of asphalt which were there were then left untouched by humans.  Plants and animals regained this part of the world and overwhelmed the asphalt on their own.

The feds did next to nothing else.  They let nature heal itself.

The place is now spectacular.

These are photos taken of the area when I auditioned for a gig in Newport in 2011.  Somewhere, I imagine, I have a much better collection.  The short of this is that, like the Charles River, this is an area close to a major city.

Further away from the city, but responsibly managed.

I am pretty certain the beach shot is of the beach used in the movie.  The other two views are nearby locations.  The exact shore line was always pretty much untouched, but the parking lots came close.  The shot of rocks, green and water probably includes the edge of a former parking lot to the left.  Now to the left is a tiny footpath, and green, green, green. 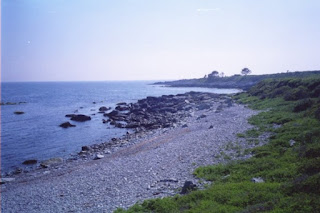 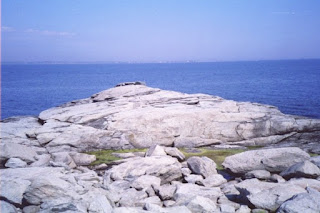 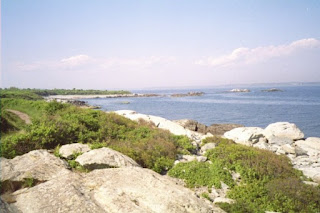 B. The rest of the area.

When it comes to natural beauty, the beauty frequently is in the overall expanse, and of the lack of apparent touch of “civilization.”  Part of this beauty is the lack of irresponsible development. 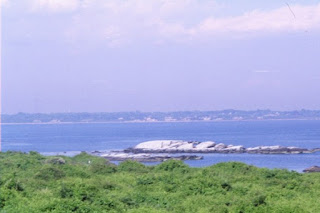 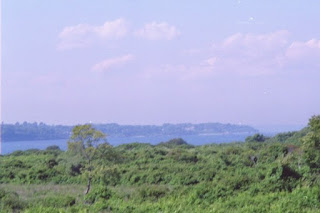 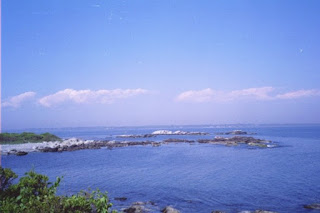 These were probably taken before I started work one day on the Woody Allen gig.  Note the relative size of the man in the third photo. 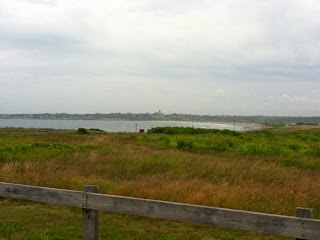 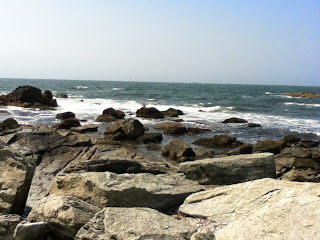 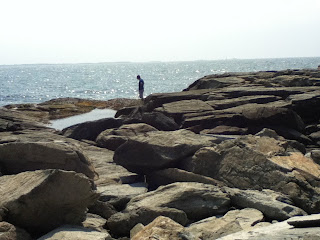 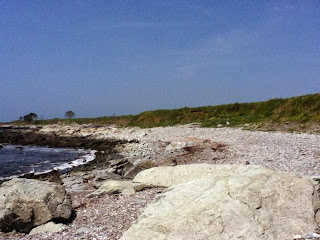 4. Photos of the Charles River and Cambridge.

The difference is between responsible people and destructive liars falsely claiming to be saints.

Posted by Friends of the White Geese at 1:04 PM