On the Afternoon of August 10, 2016, I walked past Cambridge City Hall and saw a sign telling folks how to defend trees.

Here is the photo. 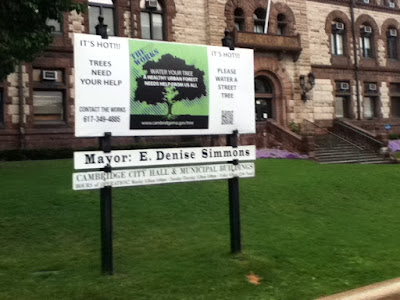 Our video on the destruction of hundreds of trees on Memorial Drive by the City of Cambridge, with very slight comment on plans for further destruction may be viewed at https://www.youtube.com/watch?v=pTplCCEJP7o.

This sign is yet another example of the hypocrisy which keeps a vile city government in power.

Deafening silence on true outrages by a vile government combined with lovely words telling the other guy to be responsible.