“A Charles River Vision” – to be presented by Dr. Robin Pope on Cambridge, MA, USA Cable on March 26.

On The Cambridge Environment, Dr. Pope will detail accelerated global warming, destruction of health, nature, recreation in Cambridge perpetrated by Harvard, MIT & government agencies, followed by glimpses of her vision from steps to know, love, enjoy nature, so transform Charles River regions into inclusive, world heritage beauty, sustainable non-commuter nodules.  Some of the topic she will discuss include:

Erosion: Dr Pope will describe the soil erosion and shoddy paths on the Memorial Drive Charles river bank, and how this has been exacerbated some 10-fold by the the DCR, Department of Conservation and Recreation’s $7 million “Demonstration Project” that demolished some 150 mature trees, ripped out undergrowth, then ripped out new varied wild flower undergrowth that arrived.

Slope unreality: Proper surveying and terracing are fundamental to avoiding increased erosion when ripping out foliage. Robin Pope will describe how the DCR’s expensive new paths were so badly surveyed that they are under water some ten-fold of the time more often than those they replace, and the MIT-CCC (Cambridge City Council)’s surveying dyslexia is such as to plan denudation of the only sizable urban wild in this Charles River area to install a bike path steeper than an events stunts person could handle, and at a cost of about $3 million.

People’s views & wildlife blocked: Dr Pope will illustrate how the DCR “Demonstration Project” blocks views treasured by people, and ended access of the white geese, so beloved that when their gold chicks came, every passing local and tourist photographed.  Dr Pope will point to like DCR destruction (with more planned) of aesthetics & blockage of people delights & wildlife needs in adjacent upstream Charles segment, Magazine Park.

Reversal and Non-Repetition: The executed trees, shrubs and flowers cannot be resurrected, but Robin Pope will identify acts that would reverse many of the other damages, some at a tiny cost, plus ways to end the imminent danger of more destruction planned on the Charles river.

4.   Particulars on The Cambridge Environment and Mr. La Trémouille.

The Cambridge Environment is the longest running of the Live shows on Cambridge Community Television, running for more than 21 years. 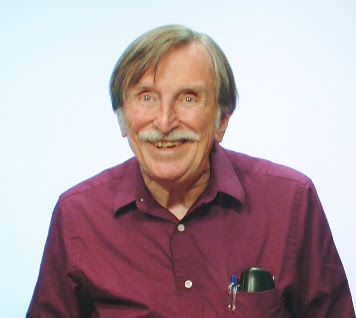 La Trémouille, a professional, union movie actor has appeared in more than 100 works.

La Trémoujille was the 2015 winner of New England Actors’ Dramatic Monologues Award for his performance as a Physics Professor in Artemis Burning.   It may be viewed on line at http://www.youtube.com/watch?v=xrXmKrZn9wM.

In her Charles River Vision to be imparted on TV 26th March 2017, will be practical suggestions towards its implementation.  In addition, she has other projects on which some in White Geese community may find ways to join and move forward in science, in research, and policy to foster our own wellbeing and as stewards of others in the human and wider natural community of planet earth.  On these other projects she has had Australian Research Council, Australian and US government agencies, the German National Science Foundation, the German Federal Government Institute for Drugs and Medical Devices and the North Rhine Westfalian State Psychiatric Clinic, Robin Pope has economics, finance, botany, zoology, physics, psychology and mental health projects that apply her new depreciations framework or her new risky choice framework, to which eventually in 2006 she gave the name SKAT, short hand for, Stages of Knowledge Ahead Theory of chance/risk/uncertainty.

Laying out the sequential (SKAT) stages of our emotional, material and financial experiences under a risk, Robin Pope demonstrates an anticipated evolution in our stages of knowledge ahead (knowledge of the future) – that risks are a deep matter because they 1) are brain events, not events “out there in the world”, and 2) involve anticipating new knowledge later compared to knowledge now (no risk if nothing bad could happen later).  Once laid out, this deep matter of risk entailing anticipated knowledge evolution stages becomes commonsense a child can grasp, but had eluded 17th century Pascal (the father of risky choice theory) and his successors over the centuries.  Eg in 1947 game theorists von Neumann and Morgenstern reported a complementarity paradox when they tried to include risk experiences in their algebraic axioms, and their inability to find the higher level to resolve it.  The anticipated new knowledge stages that Robin Pope eventually named SKAT, is the discovery of the higher level to resolve that Neumann-Morgenstern complementarity paradox.

Robin Pope has also used her SKAT framework to delineate timing (events) contradictions in the Newtonian algebraic calculus treatment of movement used still today in physics and other disciplines. These un-noticed timing contradictions have contributed in biology, to an over-emphasis on genetic, molecular biology research and underfunding of how whole plants and animals survive, adapt or go extinct in nature that is required to notice and track human environmental and climate damage.  These un-noticed timing contradictions have contributed to Nobelists in economics advocating the bombing of Vietnam, violent territorial extension of Israel, demolition of Bretton Woods and much of the mixed economy, austerity policies after crises, and global laissez-faire without realizing that their models exclude pre-requisites for survival of the person-made and human plus non-human natural capital stocks.

Events are normally specified/defined in words (or picturegrams).  This means that solving a scientifically enriched Sudokus is a multi-skill process requiring logic in (a) algebra, (b) words (picturegrams); and (c) combining contradiction-free a) and b) so a better brain exercise as it employs more brain functions.  It can also entice team collaboration between people good at algebraic deduction and people good at verbal reasoning, as a means of team members improving their overall logical capacities since verbal and algebraic implications must be jointly consistent. This can be a fun hobby that has an exceedingly serious side.  It can contribute to wiser policy from an informed public able to comment on where some models currently used in policy should be discarded because of their timing (events) contradictions. The shame of the Sudoku-playing general public spotting and talking about the contradictions would destroy some elite academics’ claims to be rigorous in their teaching, research and policy advice when in fact the contradictions they have dodged facing connect to them impairing scientific understanding and restoration and renewal of life on planet earth.

It would be good for newspapers and periodicals, especially those from higher education organizations such as the MIT Tech, to add onto their multi-page Sudoku sections each issue one or two so scientifically enriched Sudokus.  In due course, ability to solve scientifically enriched Sudokus applied to their own discipline might fruitfully become a graduation prerequisite in the many using algebra, and so needing to avoid timing contradictions in how they have formally modelled risk. Such a pre-requisite may alleviate the problem of algebraic facility outstripping many students, teachers and researchers’ ability to understand what their algebraic models imply about the real world.

In turn the pre-requisite to construct or solve such scientifically enriched Sudokus involving a risky choice, is to get to that commonsense level of what a risk implies about the SKAT stages of anticipating when our knowledge will evolve.

Some Hard Copy Resources on SKAT

For those with hard copy library access, there is an exceedingly simple illustration, suitable in gist to be imparted even to elementary school children, tracing how we anticipate our knowledge ahead to evolve after encountering a risk, eg an evolution to learning that the outcome is good, or bad, but not knowing earlier which fork that knowledge evolution will take.  It is in Robin Pope’s 1989 Vienna Institute volume paper, 'Attractions to and Repulsions from Chance', in Werner Leinfellner and Eckehart Köhler eds, Game Theory, Experience, Rationality, Kluwer, Dordrecht, 95-107.

About a project that we are considering whether to undertake, SKAT allows us to identify and lay out how our risk experiences may be beneficial such as yielding us pleasurable thrills – but also where our risk experiences may be very negative often in the form of worry, inability to borrow, inability to commit and inability to plan.  Too much of these negative risk experiences paralyses and kills humans, non-human animals and plants as individuals and as members of bigger communities (ecological groupings) so that deciding to insure (ie adopt policies that make some dire outcomes very unlikely or impossible) is often sensible.  Under the initiative of Ulrike Leopold-Wildburger, SKAT was explored and tested experimentally 2003 to 2006 in the insurance context, and written up by Robin Pope in a book co-authored with her splendid Graz University experimenters Johannes Leitner and Ulrike Leopold-Wildburger in the Springer Lecture Note Series titled The Knowledge Ahead Approach to Risk: Theory and Experimental Evidence.

Some Online Free Resources on SKAT

In mental health, prescription drugs have largely failed beyond for the severest cases where they replace asylum chains with emotion-damping, brain vegetating, liver killing tablets as the medical model of mental ill health focuses in a static knowledge ahead perspective on chemically rebalancing the brain.  Robin Pope has used SKAT to generate an epistemically dynamic understanding of the brain as evolved to process risks into adequate decisions.  In turn this illuminates that adequate mental health cannot be primarily attained by pill popping but from developing from birth adequate decision making through the natural socio-economic environment affording the appropriate varieties and frequencies of small risks to learn which are wise, which foolish decisions.  The seven main risk varieties needed are for the seven varieties of human tasks with the first sensual risk processing (stimuli) from nature each millisecond and the 7th episodic ethical spiritual chances and challenges (including how to act under those from environmental pollution and human-induced climate change).  Societal changes including from pollution and climate warming deprive some groups of some of these varieties of these risk/chance challenges to develop or maintain their brains and thus adequate mental health.  Robin Pope has used SKAT to identify some of these problems and suggest remedies, including in “Attention deficit hyperactivity disorders, panic attacks, epileptic fits, depressions and dementias from missing out on appropriate fears and hopes” Mind & Society (2015), readable free online at http://link.springer.com/article/10.1007/s11299-015-0165-0.  Robin Pope seeks assistance in spreading mental health understandings and applications of SKAT, including in achieving societal experiments indicated in this 2015 and other articles for overcoming some prescription drug wrong turns especially alarming in the matter of 10% of US children now on ADHD drugs for which on the only clean experiment, this puts their school graduation grades 10 standard deviations below those of children ADHD diagnosed but not treated with drugs.
Posted by Friends of the White Geese at 11:18 AM