Charles River: A Summary of Environmental Outrages by the Cambridge City Council

Charles River:  A Summary of Environmental Outrages by the Cambridge City Council.

The Cambridge City Council recently got “protective” of the Cambridge Common, the open space just north of Harvard Square.  They have also made lovely words about trees.

There is a distressing tendency when the Cambridge City Council gets “protective.”  That tendency, too often, is on a matter where they have been destructive.

We responded with the following letter which was presented to them at their meeting of March 5, 2017.  It summarizes a lot of the very real problems with the Cambridge City Council.

We have been impressed by the very strong claims of environmental concern in recent City Council meetings.

We request that consistent with this repeated expression of concerns by THE CAMBRIDGE CITY COUNCIL, the following actions be taken:

This claim of concern comes after massive destruction of excellent, healthy trees in the portion nearest Harvard Square.  The “explanation” for that destruction was that the trees were blocking the view of a monument.  We have yet to talk with any individual who has any knowledge of the purpose of that monument, or who cares, but people are highly displeased.

After this massive tree destruction, the city council motion seemed surprised there were drainage problems.  One good way to avoid drainage / other  problems is: DO NOT INFLICT MASSIVE ENVIRONMENTAL DESTRUCTION.

The outrage on the Cambridge Common directly conflicts with repeated claims of concern for trees.  It is, however, consistent with the environmental outrages on the Charles River and at Alewife.

One reason why we have been doing so much, extended commenting on the record was that we acted discretely prior to and during the last major environmental outrage, the ruthless and heartless destruction of hundreds of excellent trees between the BU and Longfellow Bridges in January 2016 by the DCR and the City of Cambridge.

We sent many email communications to all members of the City Council before and during the time when Cambridge and the DCR destroyed hundreds of excellent trees during January 2016.  The City Council itself responded DURING THE OUTRAGE with strong condemnations of circuses passing through town on the public parkways.  The City Council was deafeningly silent about the outrages on the Charles River.

YELLING AT THE OTHER GUY IS NOT ENOUGH, PARTICULARLY GIVEN TRUE OUTRAGES WITHIN THE CITY OF CAMBRIDGE.  But, distressingly, yelling at the other guy is far more common than meaningful actions by the City Council.  The City Council should be standing up to environmental destruction inflicted as part of governmental activities in the City of Cambridge.  IT SHOULD NOT BE LEADING THE DESTRUCTION.

In that light comes the current fight of the Cambridge City Council for the destruction of 56 trees on Magazine Beach.  The fight for this destruction  includes a blank check to the DCR, and ongoing / increasing poisoning of the Charles River by the DCR and fake protectors who helped achieve the January 2016 outrage.

Order 1 of April 24, 2017 was voted into place after a rally on the front steps of City Hall in which members of the City Council praised themselves for environmental achievements.  Their self praise did not mention that the City Council was about to vote on the destruction of 56 mostly excellent trees and more at Magazine Beach.

Order 1 included the nonsensical description of “dead or dying” with regard to targeted trees.  This nonsensical “explanation” was an apparent expansion of skillful fraud by DCR “planners.”  DCR “planners” played skillful word games.  The City Council motion turned these fraudulent word games into FLAT OUT “TRUTHS” which gave a highly false impression of the environmental outrage the City Council supported.  This was consistent, however, with the outrages of January 2016, and had support by the same highly misleading entities.

We responded to the City Council and City Manager on June 6, 2017 with a 51 page COLOR analysis of every tree in the SUPPORTED destruction area.  The official city record of our document is posted at http://cambridgema.iqm2.com/Citizens/FileOpen.aspx?Type=1&ID=1815&Inline=True, pages 198 to 249.  Our response strongly debunked the “dead or dying” falsehood.

We reported on the first destruction, on June 22, 2017, to the City Council and City Manager, posted at http://cambridgema.iqm2.com/Citizens/FileOpen.aspx?Type=15&ID=1727&Inline=True.  Our notes say pages 182 to 430.  One of the two numbers is probably correct.

At the August 7, 2017, meeting we reported on destruction on the sidewalk adjacent to the MicroCenter parking lot of two trees which had been lovingly cared for, probably by the property owners.  The property owners have since planted four trees on their side of that sidewalk.  The destroyed trees remain unreplaced.  The casual destruction left with bare ground is consistent with the planting of MANY TREES by the DCR in 2016 WHICH SHOULD HAVE BEEN PLANTED 10 YEARS EARLIER.  The planting of those badly overdue trees in no way justifies the outrages of January 2016.  Our communication on this destruction being fought for and being achieved by the City Council order is posted on:  http://cambridgema.iqm2.com/Citizens/FileOpen.aspx?Type=1&ID=1825&Inline=True, pages 151 to 157.

We have updated our reports in more than one letter by filling in more detail, especially with regard to the most horrible tree destruction supported by the City Council in order 1 of April 24, 2017.

On September 28, 2017, we responded to City Manager reports concerning Magazine Beach.  In these letters, the City Manager declined to inflict the destruction requested by the City Council’s order 1 of April 24, 2017 unless the City Council could redirect moneys to him from funds for elsewhere in the City of Cambridge.

Our letter included an analysis of funds sneaked into a public planning document for further destruction at Magazine Beach.  Apparently, the 20th Century boat dock which is perfectly useable but blocked by environmental outrages may be replaced at a different location with destruction of bordering vegetation which may or may not be part of the massive starvation wall which makes the playing fields no different from being 10 miles inland.  The existing dock may instead be be replaced in place with that concrete monstrosity, in spite of the installed obstacle course preventing use.

The DCR admits that the introduced and very massive vegetation outrage walling off the Charles River from the Magazine Beach playing fields is hated by the public, but the DCR refuses to give an appropriate death to it.  Key supporting the outrage are plans to kill off or drive away all resident animals on the Charles River.  Dying, poisoned bees have been seen on Magazine Beach.  The DCR inflicts heartless animal abuse into pretty much all initiatives which could contain such outrages.  This introduced wall has the value to the DCR and Cambridge “planners” of starving the widely admired Charles River White Geese by blocking off their food and primary residence of most of the last 37 years.

Our communication is reported in city records at http://cambridgema.iqm2.com/Citizens/FileOpen.aspx?Type=1&ID=1846&Inline=True, pages 153 to 158.

Attached is a photo of a plaque in which fake protectors WITHIN THE PROTECTION OF THE CITY OF CAMBRIDGE BRAG OF ANIMAL ABUSE.  A copy of this outrage is attached.  IT WAS POSTED IN A PUBLIC SHOW IN THE CITY HALL ANNEX. 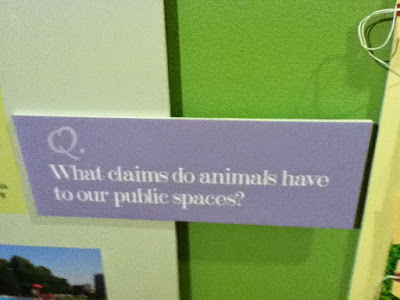 Our letters have repeatedly included photos of the excellent trees whose destruction is supported by order 1 of April 24, 2017, and of related heartless animal abuse.

Fake protectors who have been in the middle of too many outrages started poisoning the Charles River in December under the “supervision” of the DCR.  Increase in poisoning of Magazine Beach is one of the goals of the destruction supported by the City Council in order 1 of April 24, 2017.
We reported these outrages to the city council.  It was one of the first communications received by the new council,
at http://cambridgema.iqm2.com/Citizens/FileOpen.aspx?Type=1&ID=1875&Inline=True, pages 163 to 167.

We repeatedly have provided MANY photographs.

We partially summarized heartless destruction and animal abuse planned and accomplished by Cambridge and the DCR in our letter to MEPA concerning the I90 rebuild.  Our letter is posted in city records at http://cambridgema.iqm2.com/Citizens/FileOpen.aspx?Type=1&ID=1890&Inline=True, pages 96 to 125.

Once again, we request the following:

3. End the environmental outrages planned by the DCR and Cambridge and reverse, insofar as feasible, the many outrages accomplished by the DCR, Cambridge and related entities from November 1, 1999, to the current date.
Thank you for your kind consideration.
Posted by Friends of the White Geese at 3:38 PM