In our last report on this blog, at https://charlesriverwhitegeeseblog.blogspot.com/2021/10/cambridge-ma-usa-city-council-funds.html, we presented a truly damning response to a vote by the Cambridge, MA, USA, City Council to pay for the destruction of the excellent MicroCenter grove in the Magazine Beach recreation area on the Charles River.

That analysis was received by the Cambridge City Council at its meeting this past Monday, October 18, 2021.  I watched the entire meeting, and was struck by the, to put it nicely, strikingly unusual handling of that letter at the meeting.

I have responded to this latest outrage with the following letter.  To be accurate, I am including a correction in the letter to which was made in our blog posting.  I realize this is duplicative, but I am trying to be honest in my communication.  There is a fancy word that would be used by the bad guys for this type of action, but I would not dignify their nonsense by using it.

Obvious typos corrected, plus I am adding one explanatory photo.

RE: Massive Environmental Destruction by Cambridge City Council at Magazine Beach:   Correction with Acknowledgment of Understanding of City Council Position.

This follows up on my letter which was published as communication 11 in the City Council meeting of October 18, 2021.

It was published I the City Records at https://cambridgema.iqm2.com/citizens/FileOpen.aspx?Type=1&ID=3527&Inline=True, pages 154 to 172.

It was published on the Charles River White Geese Blog at https://charlesriverwhitegeeseblog.blogspot.com/2021/10/cambridge-ma-usa-city-council-funds.html, with the correction stated in section 2.

We provided an incorrect URL for Friends of the White Geese’ communication as published by the City Clerk.

The correct URL for Friends of the White Geese’ publication of this crucial document which the Cambridge City Council has spent four years not wanting to know about is at http://www.friendsofthewhitegeese.org/ar1.htm, item 4.

The handling of our communication was striking.

Our communication 11 was damning, a strikingly clear in communication of the environmental destructiveness of the Cambridge City Council and of the SECRECY involved in its ongoing efforts at destruction on Magazine Beach.

The nice way to describe the activities by the Cambridge City Council is “Silence under circumstances which call for outrage is consent.”

But, more importantly, my interpretation is clear:

THIS WAS A STATEMENT OF PRIDE,

• PRIDE in the ongoing FRAUDULENT claims of Environmental Sainthood it being the combination of destruction as SECRET as possible with lying by YELLING at the other guy and thus falsely claiming the side your are on;

• PRIDE in the outrageous procedure used on at Magazine Beach on the Charles River by which massive environmental destruction is kept as SECRET as possible, and buried in massive and IRRELEVANT fine print while fraudulently claiming some sort of proper procedure; and

• PRIDE in deceiving your constituents.

The SECRET presentation by itself could possibly have been claimed to be something missed, a reality which is nonsense and contrary to the duties of each member of the City Council in voting for this; however, the handling of the communications says everything which needs to be said.

Here are two photos of the environmental outrage supported by NINE MEMBERS, plus the only known publication of the purpose of the outrage by the Charles River Poisoner, the woman getting paid for her part in these terrible things, and repeatedly PRAISED by the Cambridge City Council.

Two photos of the excellent grove which NINE MEMBERS of the Cambridge City Council want destroyed.

Our photo dating back to 2016, repeatedly presented to the Cambridge City Council. 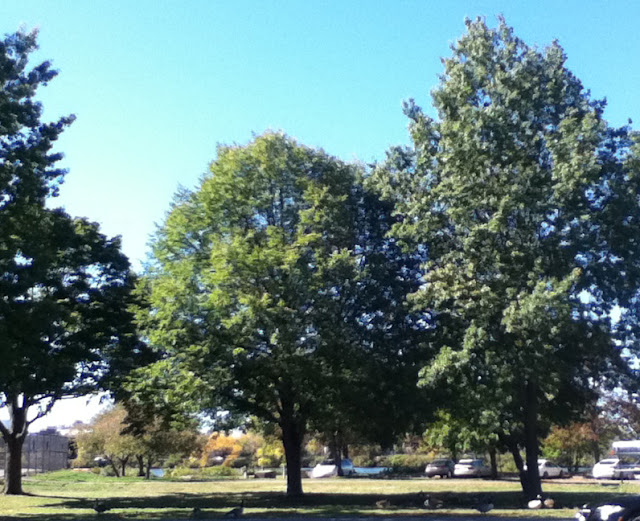 Still from “From Cambridge to Boston with the DJ Inspire 1 Drone footage,” https://www.youtube.com/watch?v=sN-OmMzvHhw, minute 2.33, showing the outrage from above.

This is a crop of PREVIOUSLY SECRET PLANS SUBMITTED BY the woman getting paid for her part in these outrages, the Charles River Poisoner.

These plans are even more SECRET than items in the rest of the repeatedly SECRET votes by the Cambridge City Council concerning Magazine Beach.

We, of course, can guarantee nothing in this plan.  All we have is a brief opening in the NON STOP SECRECY. 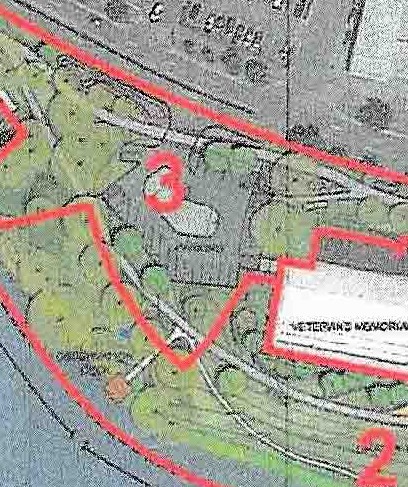 Plus the statements of the DCR in the show and tell to the Cambridge Conservation Commission that they were destroying THIS ADMITTED EXCELLENCE to move the parking lot on top of it.

And the two fit very clearly.

Reality probably is that this is part of reducing curb cuts to speed up Memorial Drive to handle traffic from MIT’s desired private off ramp from I90 / the Mass. Pike, first floated in 2003 by an MBTA study.  The plans coordinate with the connector built behind the former Ford Plant, now owned by Harvard.  Oh yeah, the vegetation plans for the connector had omissions exactly where the highway would connect to the connector.

That fits the nonstop AND CONSTANTLY SECRET fight to destroy the Wild Area, the excellent woods east of the BU Bridge for.  Those 2003 MBTA plans put another off ramp through it.  Key in standing up to this destruction is the agency which a responsible city government would have replace the DCR by vote of the legislature, the Massachusetts Department of Transportation.

[Ed.  The following photo was not included in the letter, but the Cambridge City Council, supposedly, knows what it is doing. 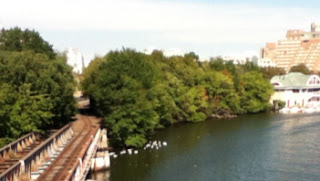 So, naturally, “planners” and “managers” of the MDC moved to the DCR.

Action by a City Council which constantly proclaims its environmental sainthood would be to work to finally implement the goals of the legislature when they destroyed the MDC.

The Cambridge City Council should be asking the legislature to finish the MDC work by transferring the DCR’s responsibilities on the Charles River to MassDOT.  MassDOT is not perfect, but the DCR approaches being perfrect from the opposite direction.

SECRECY and destruction should end.  We need a City Council which stands for Environmental Saintliness which it constantly claims to stand for, not for the destructiveness and SECRECY of the MDC which the legislature was trying to protect us from.

Friends of the White Geese