This afternoon, I took some photos at Magazine Beach. Those photos are extremely telling, except when you talk with the hypocrites from the Cambridge Machine and their friends.

The banks to the west have been stripped as bare as the bureaucrats and the Charles River “Conservancy” can get away with. 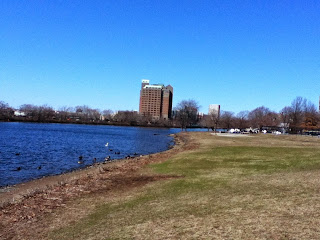 The banks behind the building see the beginning of destruction of ground vegetation. The destruction will be completed in the next week or so. 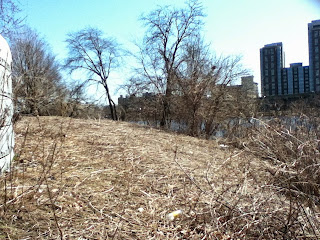 This is the normal situation on the Charles River. Bordering vegetation is destroyed on mass. With one major exception.

The banks to the east of the building which has not been used for 80 years see introduced vegetation simply growing and growing and growing. This is the Magazine Beach playing fields, where the Charles River White Geese lived and fed for most of the last 33 years. 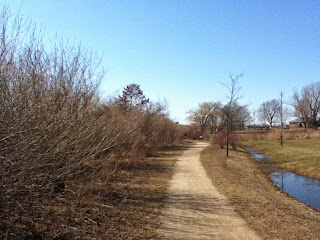 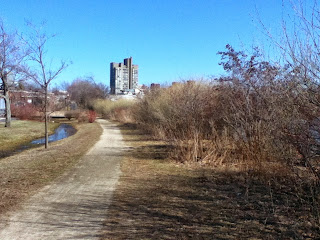 One of the many items the Cambridge Machine tells well meaning people to ignore is the vegetation walling off the Charles River from Magazine Beach. The very deep meaning comes at the beginning of spring, with the falsely named Charles River “Conservancy” destroying ground vegetation for the state bureaucrats.

The Magazine Beach playing fields have been the home of the Charles River White Geese for most of the last 33 years. They slept there and they fed there. They were and continue to be loved by decent human beings.

Cambridge, the state bureaucrats and the Cambridge Machine (including the falsely named Charles River “Conservancy”) have been starving them for years now with an introduced wall that violated the supposedly sacred provisions of the “Charles River Master Plan.” So they changed the plan after the fact.

When the destruction was inflicted on the Magazine Beach playing fields, the state bureaucrats insisted their goal on the Charles River was water-related activities. They promised a lawn to the Charles River.

Then, somehow, Cambridge and the bureaucrats’ introduced vegetation at the banks of Magazine Beach just grew and grew. They became a starvation wall.

The key bureaucrat insisted for years that he had no intention to harm the Charles River White Geese. When this outrage was started, the Boston Globe printed a photo of a bewildered White Goose overwhelmed by a construction machine. Next to the photo, they quoted this lie from the key bureaucrat.

Then the bureaucrats decided to expand the destruction at Magazine Beach to the area around the building which has not been used for 80 years and to the area to the west, including a segment of a highway slated to destroy hundreds of trees.

But they all claim to love the Charles River. Just do not look at anything other than that building which has not been used for 80 years.

And do not look at its parking lot either. They are destroying that as well. While lying of their love for the picnic area that the little guys go to using that parking lot.

With, of course, the corrupt vote as justification.

3. The new starvation wall at the Destroyed Nesting Area.

This wall was inserted before the winter. It was destroyed by plows. It has been fixed.

There is a little bit of grass across the on ramp next to the Destroyed Nesting Area of the Charles River White Geese. 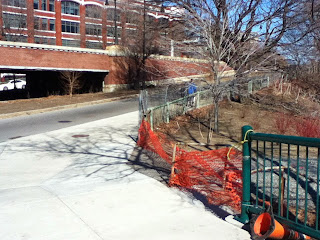 Now, even that is being denied to them.