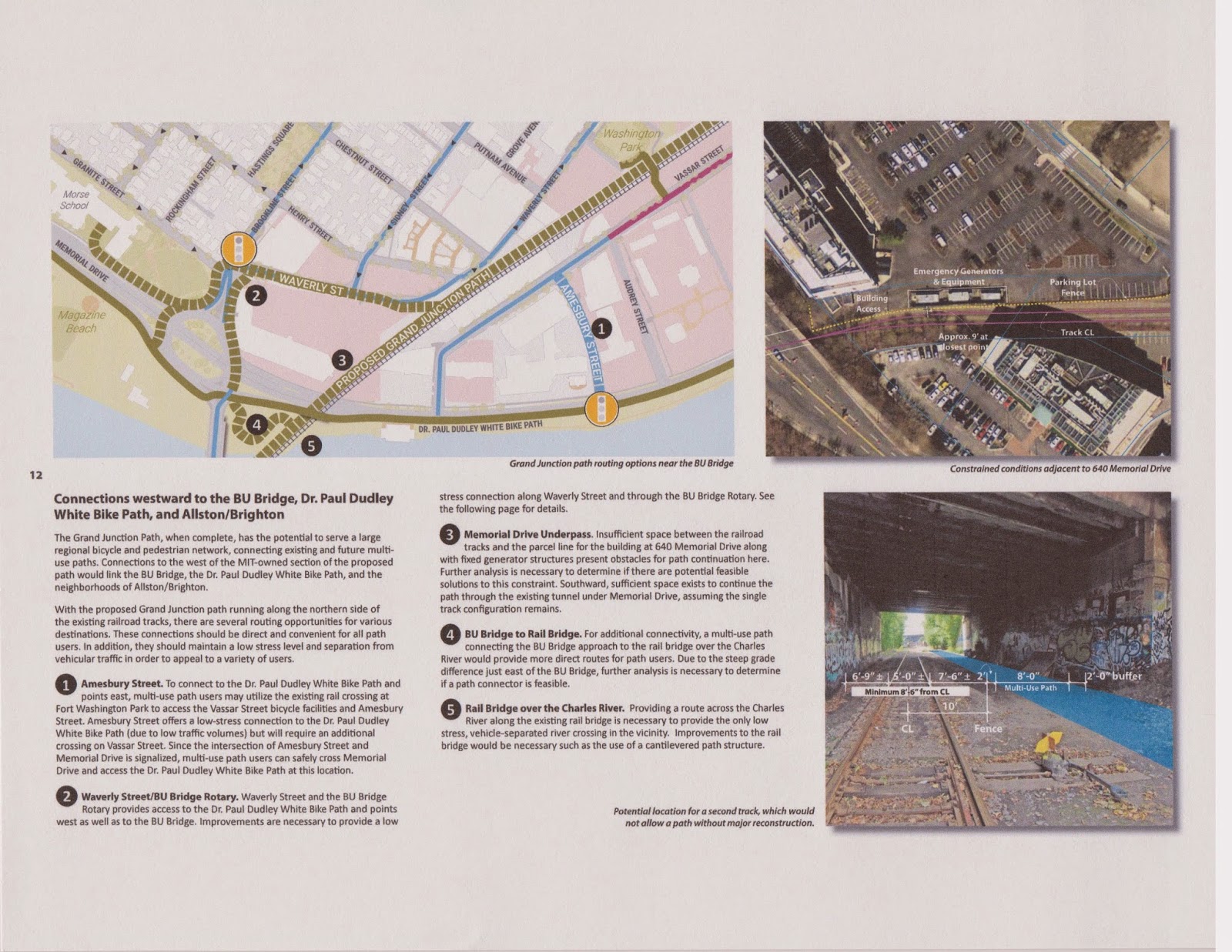 The above MIT analysis will be discussed in section 6.

Right now, I am snowed in during the latter days of a multiple day storm.  I was out and about the first few days, but was forced to concede to nature today.  The last day’s accumulation of snow got very bad.

I started a writeup on the Cambridge, MA, USA’s agenda for its January 29, 2015 meeting.  I then got called away for a different write up.  The items I noted on agenda are of interest in any case to understand what decent human beings in the City of Cambridge are dealing with in the Cambridge City Council.  The January 29 meeting, in turn, was a rescheduling of their meeting the prior Monday snowed out by the Blizzard of 2015.

No immediate worries because of the snow on the Charles River White Geese, I would think.   Their Destroyed Nesting area is in a protected position and they are very resourceful.  I have provided you photos between storms in a recent report on February 1, 2015.

In that event, a whole bunch of Canadas were hunkering down in the Destroyed Nesting Area because of its protection, while the Charles River White Geese were off looking for food because Cambridge and its friends are deliberately starving them.  That report may be viewed at http://charlesriverwhitegeeseblog.blogspot.com/2015/02/charles-river-destroyed-nesting-area.html.

My photo of Canadas using the Destroyed Nesting Area for protection is: 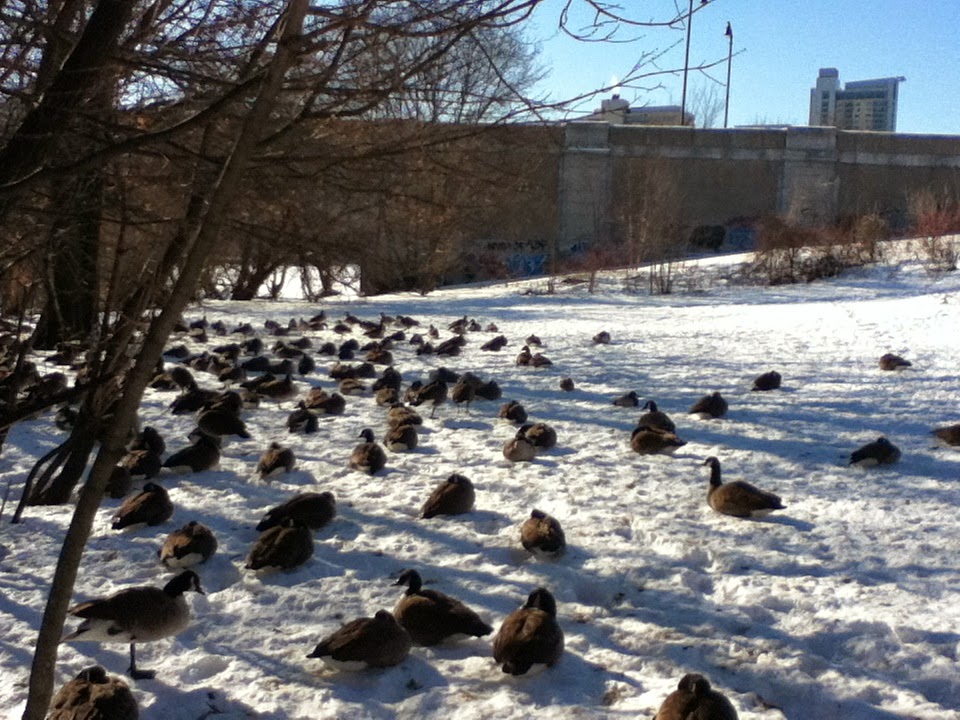 My recent report on feeding may also be of interest.  It is posted at: http://charlesriverwhitegeeseblog.blogspot.com/2015/01/charles-river-caring-for-white-geese.html.

So, below are a few comments on the Cambridge, MA, USA City Council agenda for January 29, and an introduction into the Massachusetts Institute of Technology position on the outrage Cambridge sells as a bike highway on the Grand Junction, including an alternate, supposedly responsible route for the bike highway, as shown in the introductory photo.

My comments have been initiated by a councilor comments quoted below, but my analysis got quite a bit broader as I read the agenda.  Then I remembered that I am long overdue on reporting the MIT position.

What got me going was seeing an email sent out by a City Councilor telling folks about a motion he / she was bragging out.

2024 Olympics. Working with my colleagues on the council, I have sent a clear message to Boston 2024, the private entity that is responsible for the city's Olympic Bid, letting them know that many of us remain extremely skeptical about bringing the Olympic Games to our backyard (See: Cambridge Officials Oppose Olympic Bid in Boston Magazine). This evening, I am also co-sponsoring a policy order to make it clear that we as a City should not compromise on values of transparency and democracy just to host the Games.

The only comparable motion I saw did not comport to the words.  Maybe I missed something.  That motion asked for presentation to the Council of all existing agreements and proposed agreements regarding the 2024 Olympic proposals.

Excellent examples of the destructiveness which violate the supposed principles and values defended by the councilor are described below / in other reports.

Very prominent in lack of transparency, of course, includes the pitch by the Black Lesbian Female  member to study the lessons of the Monteiro outrage in her committee.  Monteiro v. Cambridge featured multiple Court condemnations of the since HONORABLY retired Cambridge City Manager for destroying the life of a Black Cape Verdian female department head.  He destroyed her life in retaliation for her filing a civil rights action alleging disparity in pay between male and female employees of the City of Cambridge.

But the Cambridge City Council loves to proclaim itself holier than thou, whether reality confirms the proclaimed piety or not.

There are variations among members.  The most important variation is between the councilors serving their first term and those serving more than that.  The longer serving have had the opportunity to do more harm.

4. Councilor Cheung “defends” the environment, in contrast to his real environmental record.

I saw a motion from Councilor Cheung seeking prohibition of Polystyrene Based Disposable Food Containers.  This is another excellent example of Cambridge City Councilors lying about which side of environmentalism they are on.

Councilor Cheung and the rest of the Cambridge City Council supports by silence, the proverbial wink and a nod, the State House’s impending destruction of hundreds of trees on Memorial Drive between the BU and Longfellow Bridges, along with associated heartless animal abuse. $20 million.

Councilor Cheung, along with the rest of the longer serving Cambridge City Councilors, voted for logging on the Cambridge Common.  Destruction of at least 22 excellent trees is imminent thanks to his and their votes.  The City of Cambridge, in the ENF, explains that many block the view.

And a bunch of destructive hypocrites lie that they are pro environment.

The new councilors are most definitely not innocent.  They have had the plans from me for months now.  Their “neutrality” in the face of outrage says everything.  Please see http://youtu.be/FgQ9ojVuMxM.

Councilor Cheung, along with the rest of the longer serving Cambridge City Councilors voted for “underpasses” under the next three Charles River bridges west of the BU Bridge.  This project has been condemned by the responsible Massachusetts Department of Transportation as a waste of money and environmentally destructive.

That Cambridge City Council vote and related “support” by others was also used by the destructive and falsely named Charles River Conservancy in its fight to get the $20 million for the massive tree and environmental destruction mentioned above.  The City Council’s belligerent “neutrality” on the $20 million for logging and animal abuse combined with their support for this outrage makes the CRC’s position sound credible.

Councilor Cheung has been part of multiple votes by the Cambridge City Council yelling at private developers obeying municipally created zoning in the Alewife area, while keep secret their own destruction of 3.4 acres of Alewife with the high likelihood that the rest of Cambridge owned Alewife will be destroyed for flood storage that should be built in easements under all new construction in the area.  They also never mention their own zoning of the area which builds exactly what they condemn.

And their friends on fake groups at Alewife and on the Charles River are fighting for more destruction with pitches that translate as  “Look at what we are fighting to create.  Look at the developers we are yelling at.   Do not look at what our friends in Cambridge and its friends are destroying.”

That is the lie that the Cambridge City Council lives by and seeks reelection by.  And that is exactly what Cheun’s “environmental initiative” is worth.

A motion sponsored by Councilor / Representative Toomey would create zoning to encourage this Grand Junction highway without mentioning environmental protection to prevent the outrages proposed at the Charles River.

Toomey was key in killing use of the Grand Junction for passenger service the last time it was proposed.

Toomey also, however, is also a State Representative.  It is inconceivable that Toomey did not vote for the $20 million in Chapter 286 of the Massachusetts Acts of 2014 to destroy hundreds of trees between the BU and Longfellow Bridges on the Charles River, along, of course, with whatever heartless animal abuse the bureaucrats can dream up.  The euphemism for that destruction is “Historic Parkways.”

I posted the Memorial Drive plans as I sent them to the Cambridge City Council, at http://charlesriverwhitegeeseblog.blogspot.com/2014/04/tree-destruction-plans-charles-river.html.

6. Massachusetts Institute of Technology on Cambridge’s Destructive Plans on the Grand Junction.

This is a to do of mine.  I have had this very detailed communication for several months.  It is worth a report on its own.  It would be a lot of work to write up, but I have reviewed it in detail.  I just have not had the time for the write up.

Among other things, the MIT document blasts the proposal for the highway proposed to run through the Destroyed Nesting Area, and suggests another route for the bike highway because the alternate I have proposed.

Going between the lines, however, the MIT write up is unlikely to be something to consider favorable to the environment.

MIT owns land needed for the Grand Junction highway north of Memorial Drive.  It is much more likely that the write up is targeted at maximizing MIT’s compensation for use of that land.

A more likely proposal is numbered 4 putting the bike highway straight through the Destroyed Nesting Area.

To the right of the number 3 is the responsible connection for the bike highway.  You see the blue line that bends.  That is the turn of Vassar Street.  See how extremely close that bend is to the Grand Junction.  The area between the two is an open area probably used for parking.  It is next to a small building.  It would be simple and cheap to run that responsible alternative for the Grand Junction highway through to Memorial Drive.

Here is a photo of the Charles River White Geese hungrily looking for food in the underpass.  This outrage is, of course, forced on them by Cambridge and its friends’ deliberate starvation of them. 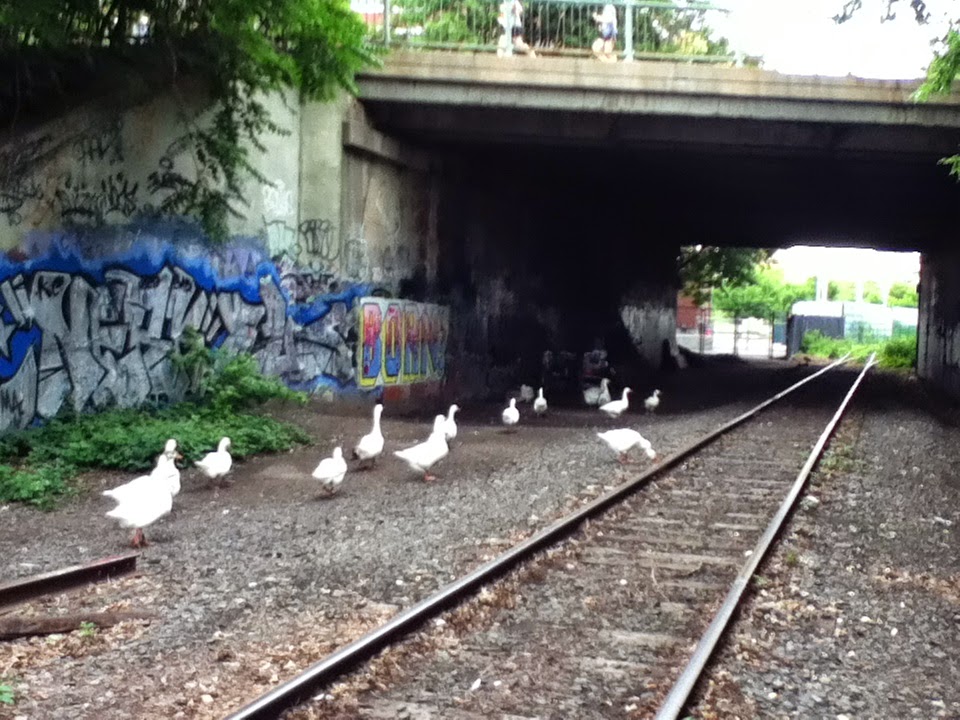 Not to be ignored is the customary responsible behavior by the Massachusetts Department of Transportation.  They have killed, at least for the time being, connecting the bike highway to the area MassDOT is working on on the Boston side in the Mass Pike (I90) reconstruction.  And here is a photo of the area MassDOT is protecting.

It seems highly likely that this bike highway "improvement" is a stalking horse for an off ramp from the Mass Pike to Cambridge when Harvard sees need with regard to its coming relocation of Harvard Medical School.  After all, Harvard bought the Harvard Medical School part of the Mass. Pike, along with the now former railroad yard, a few months after the transportation folks proved the off ramp feasible.  The area of Harvard's purchase is as large as Boston's Back Bay neighborhood.

The green sign straight ahead is over the west bound lanes of the Mass. Pike. 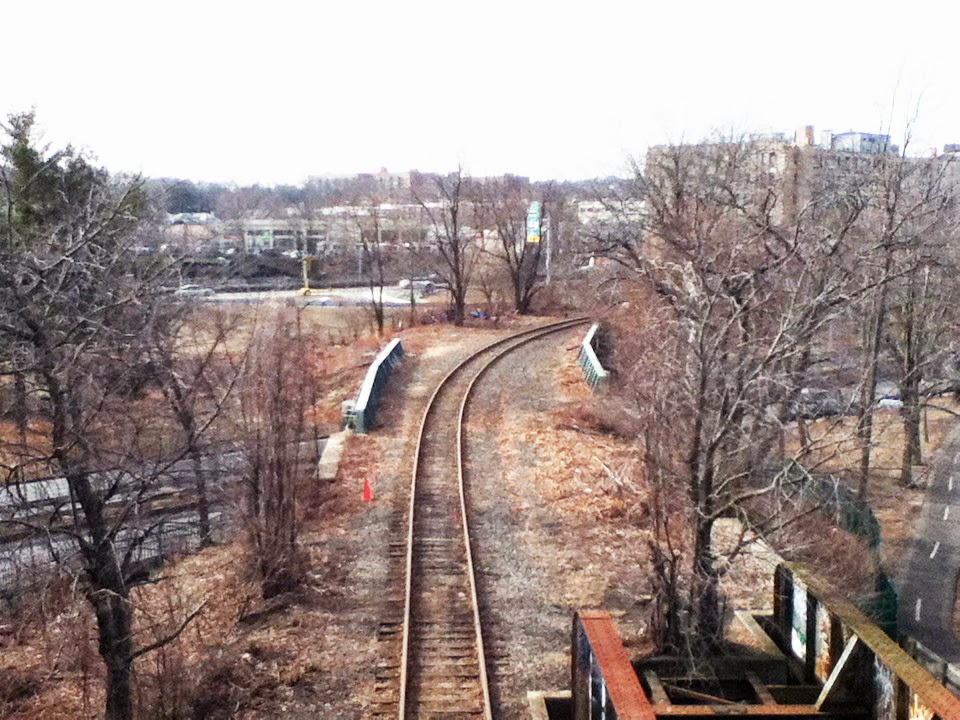 And here is the plaque in the fake group / Cambridge's propaganda piece in favor of Charles River destruction in a supposed art show in a very visible Cambridge City building. 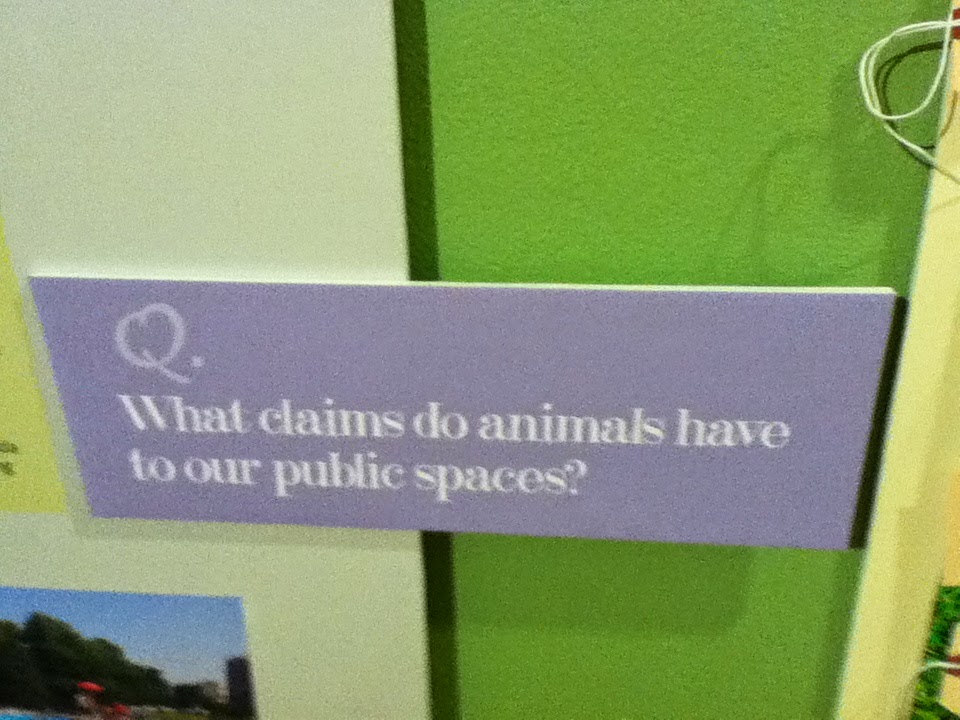 Detailed analysis of the MIT comments coming up later, I hope.

Posted by Friends of the White Geese at 12:59 PM