One of the big lies put out by Cambridge, the DCR and their cheerleaders is that we are dealing with responsible entities.

Not even GRASS is planted in most of the Destroyed Nesting Area in spite of massive destruction by the DCR, its agents and its plans.

These are the folks who just destroyed hundreds of trees with plans for more plus plans for destruction at Magazine Beach, the Destroyed Nesting Area and the Grand Junction.

Reality is “NOT EVEN GRASS.”  The Destroyed Nesting Area used to be thickly vegetated, a true urban wild thriving.  The vegetation has been aggressively destroyed and left that way by truly reprehensible people.

Creation of that urban wild was not difficult.  The first destruction of the nesting area was done in November 1999 by Boston University for the DCR.  They planted grass and walked away.  The grass grew up and replaced the urban wild destroyed by BU and the DCR.

ALL IT TAKES FOR A MINIMAL LEVEL OF VEGETATION is not destroying combined with grass seed.

We are talking about entities truly unfit to perform their designated duties, unless you are a contractor looking for Make Work with no concern about Reality.

Here are photos from yesterday, June 26.

On the Charles, first we visit a young family next to the Charles River with their nearly adult babies from this season.  The babies have gone from the yellow of babyhood to the white of adults.  It is difficult to tell the difference in the photos, but in person, they are clearly not yet adult size.

You then see a couple in the river without babies.  The brown goose is a Toulouse who was abandoned at Magazine Beach with her sister in fall 2000.  Her mate is unchanged during the years.  They had at least two broods and the children had children.  Offspring can be identified by variations from white in color.  Other not fully white offspring are descended from White Geese with vestigial brown markings.

But the heartless abuse is having its toll.  The numbers of member are decreasing, which is a goal of the vile Department of Conservation and Recreation and its friends.  They want to kill or drive away as many resident animals as they can.  And Cambridge and the cheerleaders help all the rotten stuff by consistent lies that Cambridge, the DCR and the cheerleaders are responsible entities.

The photos close with a photo of the entrance and its blockade as part of the starvation tactics of these terrible people. 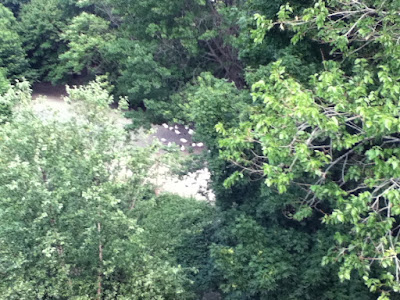 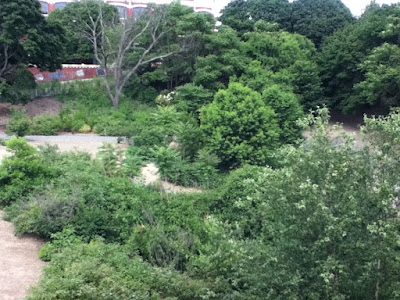 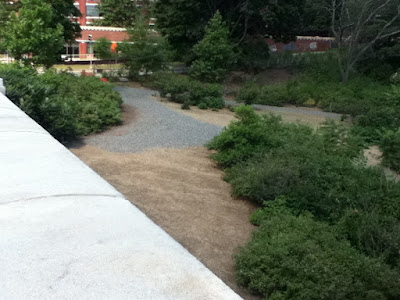 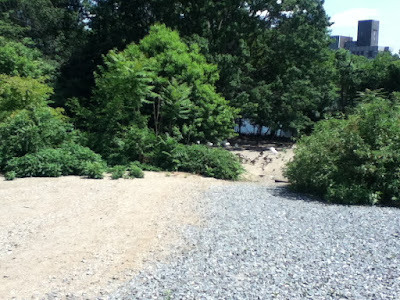 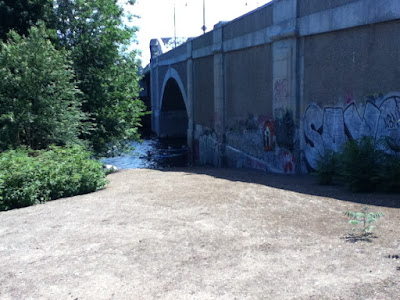 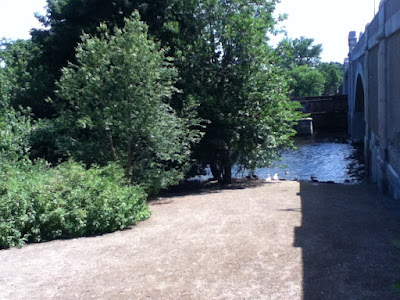 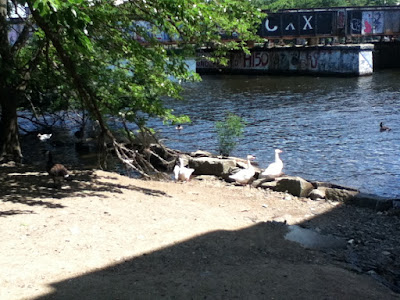 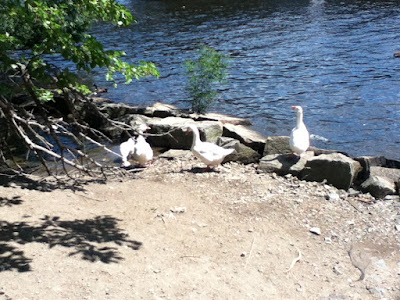 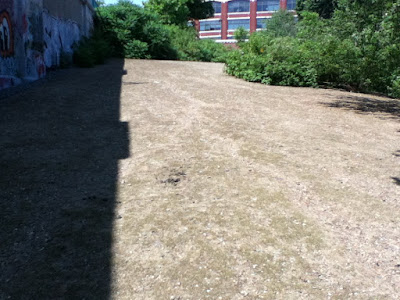 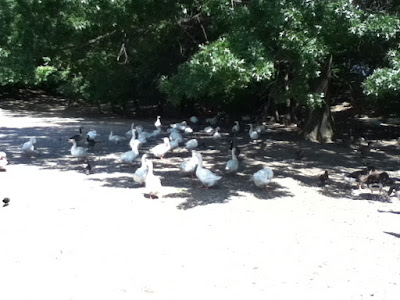 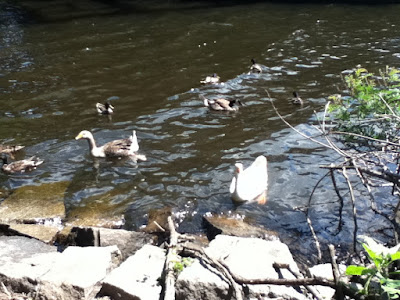 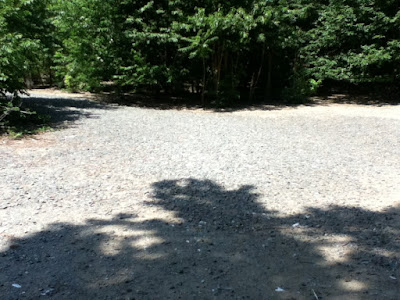 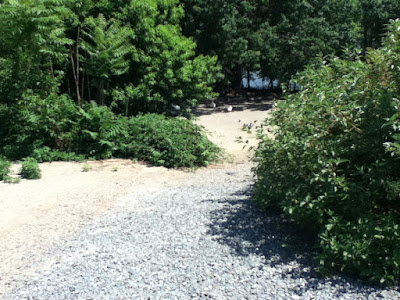 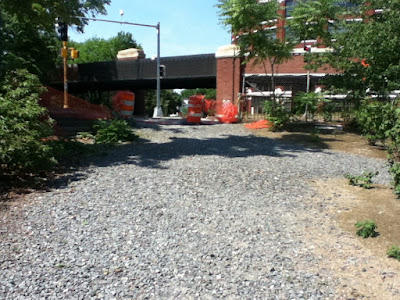