1. Introduction.  Link to plans.
2. A reprehensible record.
3. Memorial Drive Destruction.
4. The Governor must sign or veto the bill within a matter of a few days.
5. Other reports. 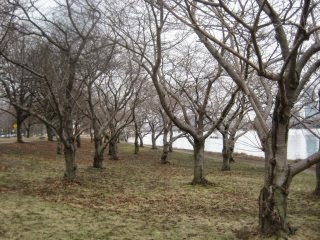 Last Friday, Governor Patrick of the Commonwealth of Massachusetts received the Environment Bond Bill from the legislature.  This bill would destroy hundreds of excellent trees on the banks of the Charles River in Cambridge, MA, USA along with the distressingly usual harm to resident animals .

The destruction on the Charles River fits a pattern.

Cambridge and the local state agency destroyed 3.4 acres of the irreplaceable Alewife reservation woodlands along with a pogrom of resident animals.  They bragged about the destruction in the following photo which was attached to a puff piece .  The loudest explanation the City Council gives is to yell at private developers in the Alewife area obeying municipally created zoning.  The City Council yells about them obeying zoning created by Cambridge and neighboring municipalities.  The developers are showing behavior less irresponsible than that of the City Council of the City of Cambridge.

Cambridge is on the verge, with state money, of destroying 22 excellent trees on the Cambridge Common.  The explanation on destroying the most important collection of trees in the Environmental Notification Form is that the trees block the view, of a monument in that park.  This photo is from the Harvard Square side, a view which will be decimated. 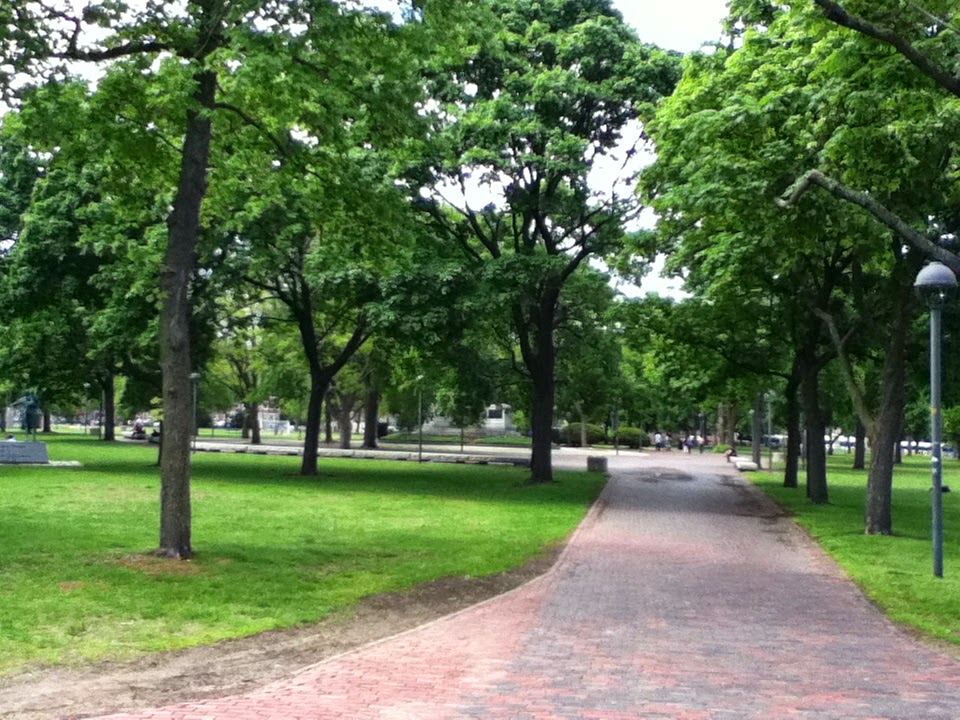 Here is a photo of the railroad bridge under the BU Bridge which is key.  The local transit authority did a silly study on this bridge to determine if it could hold an off ramp to Cambridge from I90 (the Massachusetts Turnpike).  If you look straight ahead, you can see a green overhead highway sign.  The study proved an off ramp was possible.

Several months later, Harvard University bought a major part of I90 to the right of this photo to convert it into a relocation campus for its Medical School. The photo is taken from the BU Bridge.  Boston and I90 are straight ahead.  Cambridge, Memorial Drive, and the heartlessly abused ghetto forced on the Charles River White Geese is behind the camera.

A whole bunch of other environmental destruction on the Cambridge side clearly fits an off ramp to Cambridge from I90.

The tree destruction is targeted at straightening out the Memorial Drive highway east of the BU Bridge to receive traffic from the Massachusetts Turnpike.  The project would also, for all practical purposes, convert that part of Memorial Drive into an area barely accessible except from the campus of the Massachusetts Institute of Technology, i.e. part of the MIT campus except for name.

4. The Governor must sign or veto the bill within a matter of a few days.

I have done a lot of reports on these matters.  There are links on this blog which are dated because of oddities with Google.  The facebook page, Charles River White Geese, consists almost entirely of shorter versions of these blog reports with links to the corresponding report.

It is an excellent index.

Please contact us directly at boblat@yahoo.com with any questions.

Thank you for helping to save the world.

Posted by Friends of the White Geese at 1:38 PM