1. Introduction.
2. Longfellow Bridge.
3. The flat out corruption of “Underpasses.”
4. Chortling by the reprehensible “conservancy.”
5. Contacts, Miscellaneous. 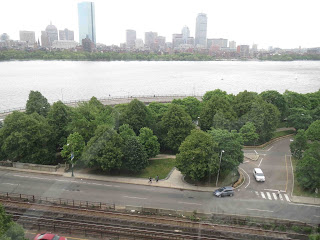 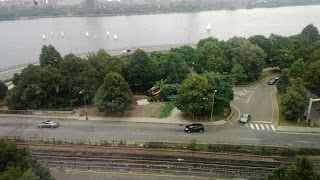 Compare the photos closely. The first photo has three excellent trees to the left of the opening. The second has one.

The supposed explanations are consistently nonsense.


Trees in the background could be could be part of the hundreds which could be destroyed by deceptive fine print in the Governor’s Budget, fine print which is the result of a campaign of lies and corruption which have continued very much unabated. Bond authorization for the destruction of hundreds of trees destroyed with explained by flat out lies.


It is horrible to be constantly exposed to belligerent corruption by people who seek the votes of environmentalists.

This excellent grove is in Cambridge, MA to the east of the Longfellow Bridge connecting Beacon Hill in Boston, MA, and Kendall Square in Cambridge, MA. The grove lines the ramp from Memorial Drive to the Boston bound side of the Bridge.

The real explanation for this outrage seems to be that destruction is being accomplished by the Massachusetts Department of Transportation as an engineers’ toy. They are rebuilding the Longfellow Bridge and want to drain rain on the bridge in a fancy manner. Now would it not be beautiful to have “natural” drainage instead of messy street run off sewers?

That is the total real explanation for the destruction.

The “explanations” have gotten cuter.

The destruction has been explained as assisting the handicapped. The trees they are not destroying are being moved from this excellent, well established grove in Cambridge to beautify a new overpass with handicapped capability. Outrageously irresponsible, but Cambridge has a very rotten Machine which does a lot of lying and Boston has responsible activists.

3. The flat out corruption of “Underpasses.”

A falsely named group which runs around lying that it is a “conservancy” has gotten a lot of people to support “underpasses” for three bridges west of the BU Bridge. They lie by omission of the fact that their package includes destruction of hundreds of trees between the BU and Longfellow Bridges.

The “underpasses” themselves are so irresponsible that MassDOT, which would be responsible for them, rejects them outright.

The fake “neighborhood association” in Cambridgeport brilliantly demonstrated the corruption of the Cambridge Machine by its corrupt creation of a “vote” supporting the portion of the bike highway which is part of the doubling of environmental damage at Magazine Beach. They could not get a supporting vote in their January 2013 meeting, so they postponed action to their February meeting. They conducted their February meeting on April 23, 2013, driving away the folks who showed up in January. After devoting the entire January meeting to the topic, the discussion was restricted to the last ten minutes of the April 23, 2013 meeting. A very complicated and misleading motion was passed out at the beginning of the last ten minutes, then was “voted on” by a group consisting of robots and of people who could care less about the Charles River.

This corruption is normal in Cambridge, MA, and is entirely consistent with the very serious lies of omission through which “support” for an irresponsible “underpasses” proposal has been converted through flat out corruption into “support” for the destruction of hundreds of trees between the Longfellow and BU Bridge.

Funds were previously sought by the Department of Conservation and Recreation through Obama moneys. The lie that time was that all these excellent trees were diseased. That lie was proven by their filing with the Conservation Commission of the City of Cambridge.

Another common lie from these people has been the non stop lie of “no intention” to harm the Charles River White Geese. Their secret definition of “harm” does not include deliberate starvation or repeated outrages such as the use of their nesting area for parking with dumping of crushed stone in the middle. Then we go into the corrupt vote just taken by the Cambridge Machine.

The vote in the legislature has been reported as scheduled for Wednesday, July 17.

4. Chortling by the reprehensible “conservancy.”

The falsely named Charles River “Conservancy” is the front organization fighting for this outrage. It has major funding from Harvard University, and the Massachusetts Institute of Technology, plus many other entities who would benefit from environmental destruction, while, of course, lying that they are holier than thou. I have gone over its funding in prior reports.

The falsely named Charles River “Conservancy” has announced it is still fighting for its falsely named “underpasses” proposal through discussions with legislators.

The falsely named Charles River “Conservancy” has cooed at the first destruction of the grove next to the Longfellow Bridge.

Posted by Friends of the White Geese at 5:37 AM