They're finally taking that awful fence down today, but they've built obstructions so the geese can't get to the grass, proclaiming they ate the new shrubs there that died over the winter! There are two or three big tents in the lower bioswale now.

Pretty much self-explanatory of the fence down and the new barriers for fowl to access the grasslands.  That one [strings criss-crossing] is more for small flying birds who would eat the seeds, I would guess 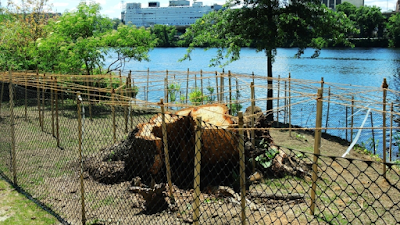 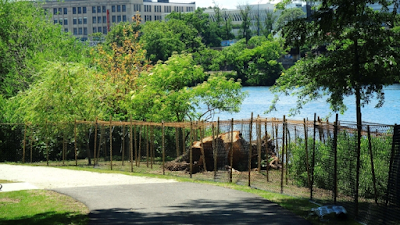 [Ed:  The destruction on the Charles River is kept as secret as possible.  The definitive document is the destruction plan the Massachusetts Department of Conservation and Recreation filed with the Cambridge Conservation Commission.  That shows 54 trees being destroyed.  I filed the plans with the Cambridge City Council with a photo analysis.   The numbers keep increasing, except for the excellent willow which was undermined with very heavy rain, lost its footing and blew over with associated very heavy winds.

[The report is filed on the Charles River White Geese Blog at http://focrwg.com/agenda1.html.  The situation is exacerbated by pretty much non stop lies from the Charles River Poisoner (by various techniques conning the public in favor of all the destruction on the Charles).  She has fought for it all, either by direct con games or Company Union fraud.  She repeatedly lies that she is not destroying trees.

[Total destruction now looks in the 300 to 400 range.  More than 150 mostly excellent trees being destroyed between the BU and Longfellow Bridges east of Magazine Beach.  Our report is posted at https://www.youtube.com/watch?v=pTplCCEJP7o.  This video gives before and after views of the January 2016 outrage with prequil of the current ongoing outrage.  It also goes into depth on the next phase, which has had fraudulent "public meetings." 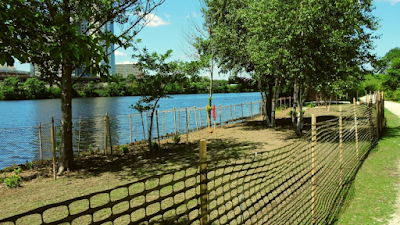 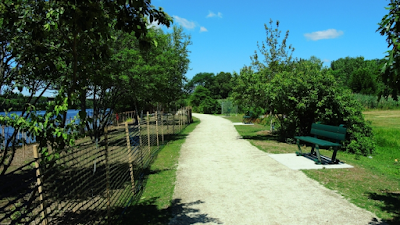 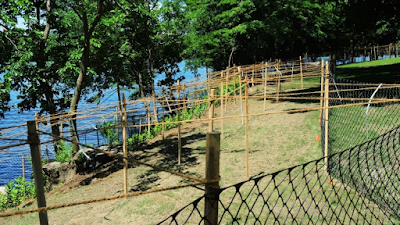 This is about as close as I got. The place where they cut away the starvation wall is closed off supposedly to keep out ducks & geese, while the other areas, at the stump and beyond, are wrapped up in a complicated arrangement of overhead twine with things in it to scare away smaller birds. New grass seed there, I would guess. Must have cost quite a bit to string all that up.

Here is a photo of the Starvation Wall taken from “From Cambridge to Boston with the DJ Inspire 1 Drone footage,” https://www.youtube.com/watch?v=sN-OmMzvHhw, minute 7.11: 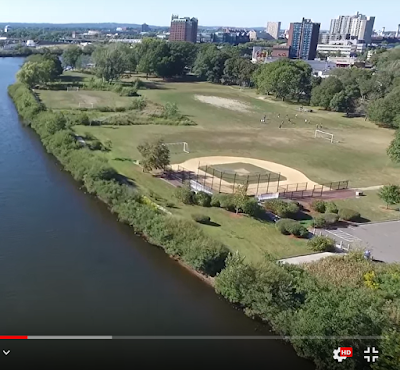 This is the Playing fields.  The balance of the area currently being destroyed by the Cambridge City Council, the Massachusetts Department of Conservation and Recreation stretches way out in the distance.  The Starvation Wall was built running the entire stretch of the playing fields, with one tiny opening., blocking out from the Charles as if they were ten miles inland.  The tiny opening has further barriers preventing access for feeding.  Those barriers have been made worse in SECRET votes by the Cambridge City Council.  The Starvation Wall has been deservedly hated.

The expensive poison drainage ditches which were blocked by Cambridge, the DCR and the Charles River Poisoner is about two third up, following the water line.  Phil uses the correct term, “bioswales” in his reports.

The explanation of the “improvements” in this area was given by one of the DCR’s happiest cheerleaders.  This destructive group did a “swim in” during the planning to brag of the Starvation Wall.  To no great surprise, the Starvation Wall was promised as a “lawn to the river” in the DCR’s supposed holy planning document.  It was changed after the lie served no further value.

Until the Cambridge City Council and their friends installed the starvation wall AND THE POISONS the Charles River White Geese lived and fed on the Playing Fields to the great delight on residents and tourists.

The Starvation Wall definitely needed to be destroyed.  The problem is the usual problem with the destructive people with whom we have to deal, and the REASON for the SECRECY in so many of their votes.  The constantly “omit” stuff they have good reason to be ashamed of.  There are incessant euphemisms.  The much more accurate word is “fraud.”

The DCR commonly has had lovely explanations of “temporary” obstacles which become permanent.

During debate on this particular secret vote, I believe there was comment on new items being introduced which rather clearly look like obstacles.  Looking at these photos, I am concerned about waterfront areas we cannot see.

Here is a photo of the “improvements” put in across from the Hyatt Regency, where EVERY tree was destroyed. 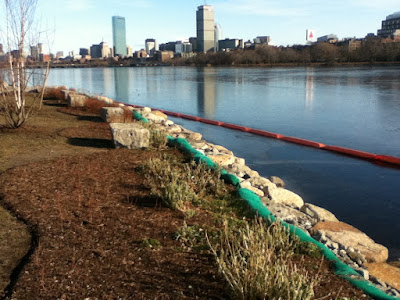 Try walking over them with web feet.

And here is a photo from about 2012 of an woman overwhelmed by the Starvation Wall.  She is standing in the only opening, the blocked boat dock.  It has been “improved” in another SECRET vote, by adding more obstacles. 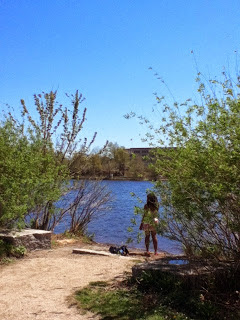 As far as the poisons go, the DCR has refused to deny that they plan to dump poisons on their part of the Interstate 90 rebuild on the Boston side.