There's a small army of volunteers tearing out the Phragmites and doing other general clean-up type work today.

I think the number was about 15.

As anticipated much uprooting (including wildflowers, not just in the reed area) and new tarps.

The rabbits have found the newly planted flowers, about half are still left uneaten.

Ed: Now they will want to deliberately kill rabbits.

2. Record of the Charles River “Conservancy.”

One of the happiest moments I have had was listening to the Boston Conservation Commission blast the Charles River “Conservancy” for their destruction of environment on the Boston side.  The area in which they destroyed, about half a mile in length, recently was supported by the fake neighborhood association for total destruction, by having highway related construction on platforms built on the river banks and cantilevered over the Charles River.  Fortunately, the target in the demands, the Massachusetts Department of Transportation is the adult in the room in comparison to the Department of Conservation and Recreation, the Cambridge Development Department, and their friends.

This destructive fake protective group has been in existence under this name since the Fall of 2000.

Their predecessor fake protective group was the entity which announced the Cambridge City Manager’s plans for destruction in 1997.

In June 1999, the lead “Planner” of the predecessor of the Department of Conservation and Recreation gave me the DCR’s plans for Magazine Beach.  She showed me the small differences between City Manager Healy’s plan and the DCR’s.

That fake group did two things.  The other was an annual clean up of Magazine Beach for Boston University to hold part of its commencement activities there.  They suckered people into that in the name of Earth Day.  One of the first activities of Friends of the White Geese was to picket one of the clean ups.  That fall, the CRC announced its existence with overlapping directorate.

The CRC fought for the Starvation Wall which keeps the Charles River White Geese from their food of most of their 37 year residence, at the Magazine Beach Playing fields.

They did a “swim in” bragging about how the DCR was improving swimming.  Never explained how walling off Magazine Beach improves swimming.

The CRC fought for the destruction of those hundreds of mostly excellent trees that were destroyed in January 2016.

Our video reporting the destruction is posted at https://www.youtube.com/watch?v=pTplCCEJP7o. 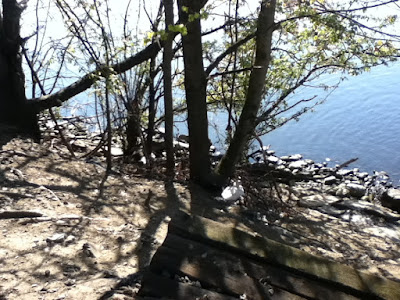 To the right of the V shaped tree is a mother goose trying to nest.

This hill under the Grand Junction leading to the bay was lush with ground vegetation. 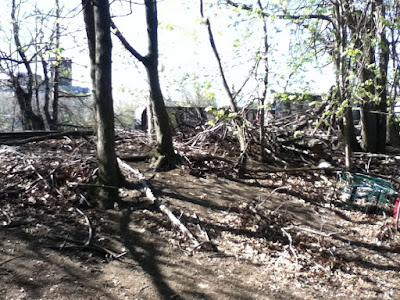 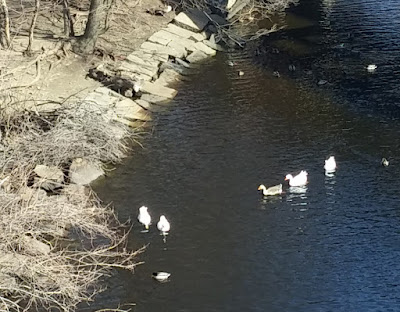 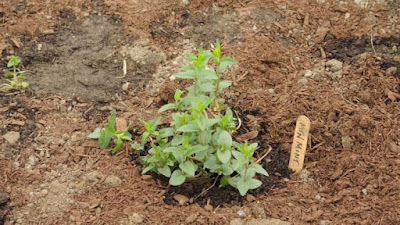 The eastern poison drainage area after denuding of free vegetation by the fake neighborhood association.  Phil’s reference to new tarps, I assume refers to this area. 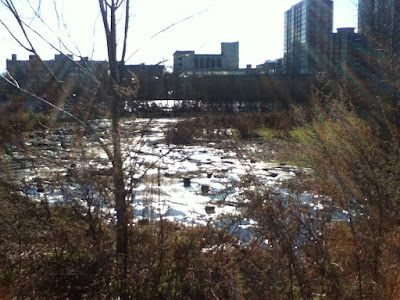 And here is some of the DCR’s beloved algae, in a formerly clean area of water east of the covered poison drainage area.  Phil Barber photo. 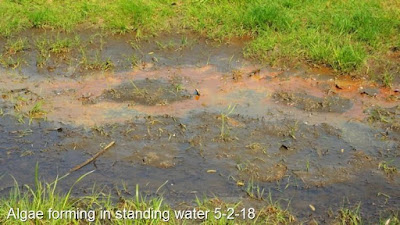 The Charles River has an annual blight of algae.  It dates back to the first annual Charles River Swim.  The DCR decided that its beloved poisons were not as effective as the DCR would like at Ebersol Fields on the Charles River in Boston near the Massachusetts General Hospital.

So the DCR dumped poisons marked “Do not use near water.”

The next day, the Charles River was dead from Boston Harbor to the Mass. Ave. Bridge, the next bridge downriver from the BU Bridge which abuts the Destroyed Nesting Area to which the Charles River White Geese are confined without food. 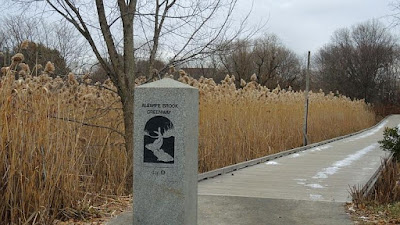 Posted by Friends of the White Geese at 3:31 PM