This will be my third posting on the attempts of friends of Cambridge, MA to destroy the little guys parking lot west of the Magazine Beach playing fields and at the bottom of Magazine Street in Cambridge, MA.

Our original Posting, going into a written analysis of the corrupt fight by the fake group for this destruction, as part of an overall fight for massive destruction of the environment on the Charles River by the Cambridge City Council and its friends:  http://charlesriverwhitegeeseblog.blogspot.com/2014/10/dcr-cambridge-machine-fighting-to.html.

I posted photos of the area, with analysis.  Plus I including a copy of an analysis by the woman who is leading the fight for destruction among this group:  http://charlesriverwhitegeeseblog.blogspot.com/2014/10/photos-of-latest-attack-on-charles.html

I will not repeat what I have given before, especially since the photo analysis was quite good.

Basically, what is going on here is that the Department of Conservation and Recreation, with the help of the fake group, are determine to destroy that parking lot.

This initiative is similar to the ongoing efforts by both to destroy hundreds of trees between the BU and Longfellow Bridges.

The issue is not what they will do, but what excuse will work.

Here are two slides presented at their recent sales pitch:

As usual, the comments on these slides differ remarkedly from what was communicated in the meeting.  The only responsible way to interpret conflicting comments from such people is to believe the worst.  The lies that come out of them are much more likely to be nice.  Reality, commonly hidden, is frequently reprehensible.

The map of project impacts shows, inside a red line, the area of work which I described in my photo report. 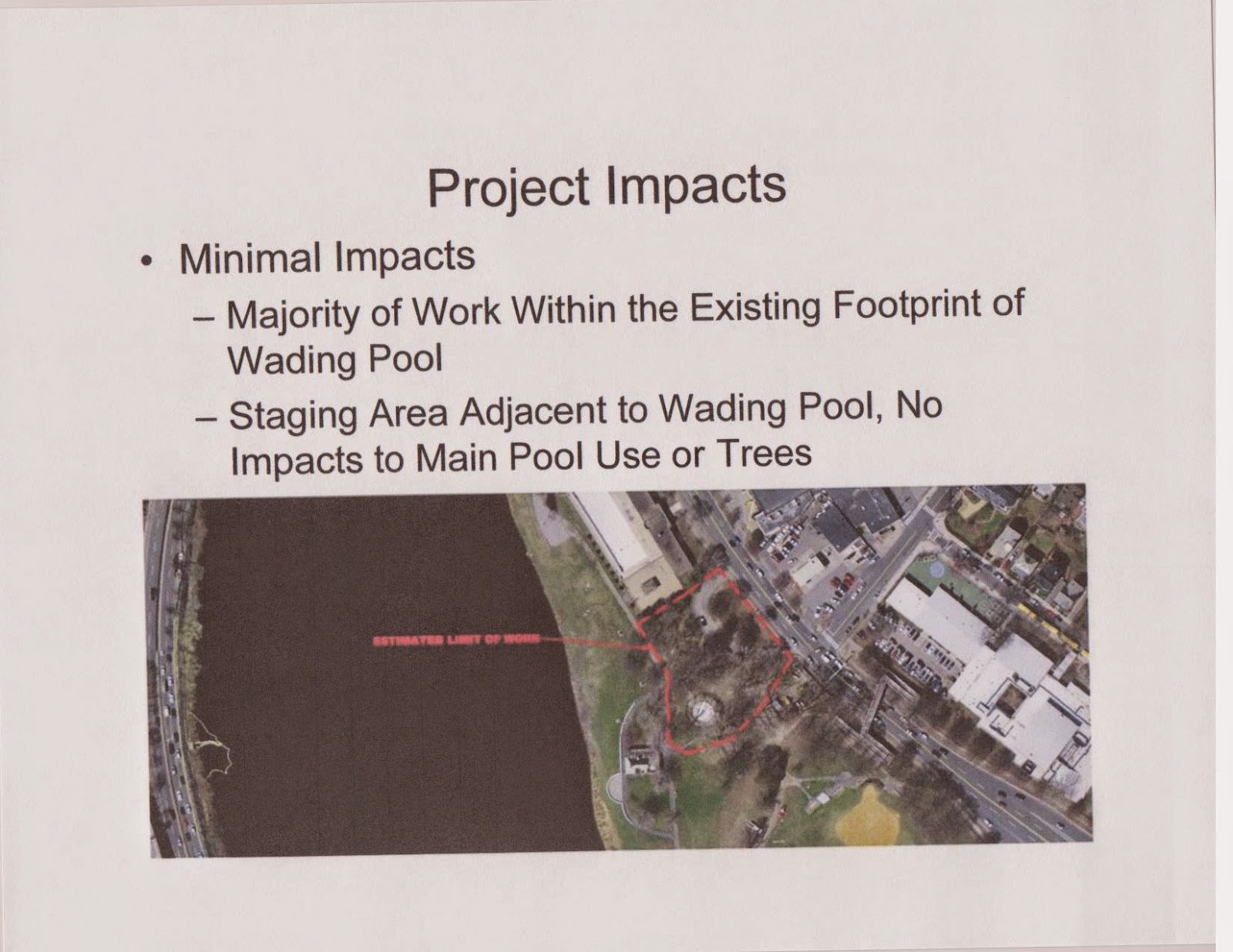 The slide clearly states that the majority of work will be within the existing footprint of the wading pool.

In my report, I passed on to you a direct and detailed  quote from the leader of destruction which lists a whole bunch of options.

Construction in the current location was stated to be unacceptable.

Here is their design of the layout of the new facility. 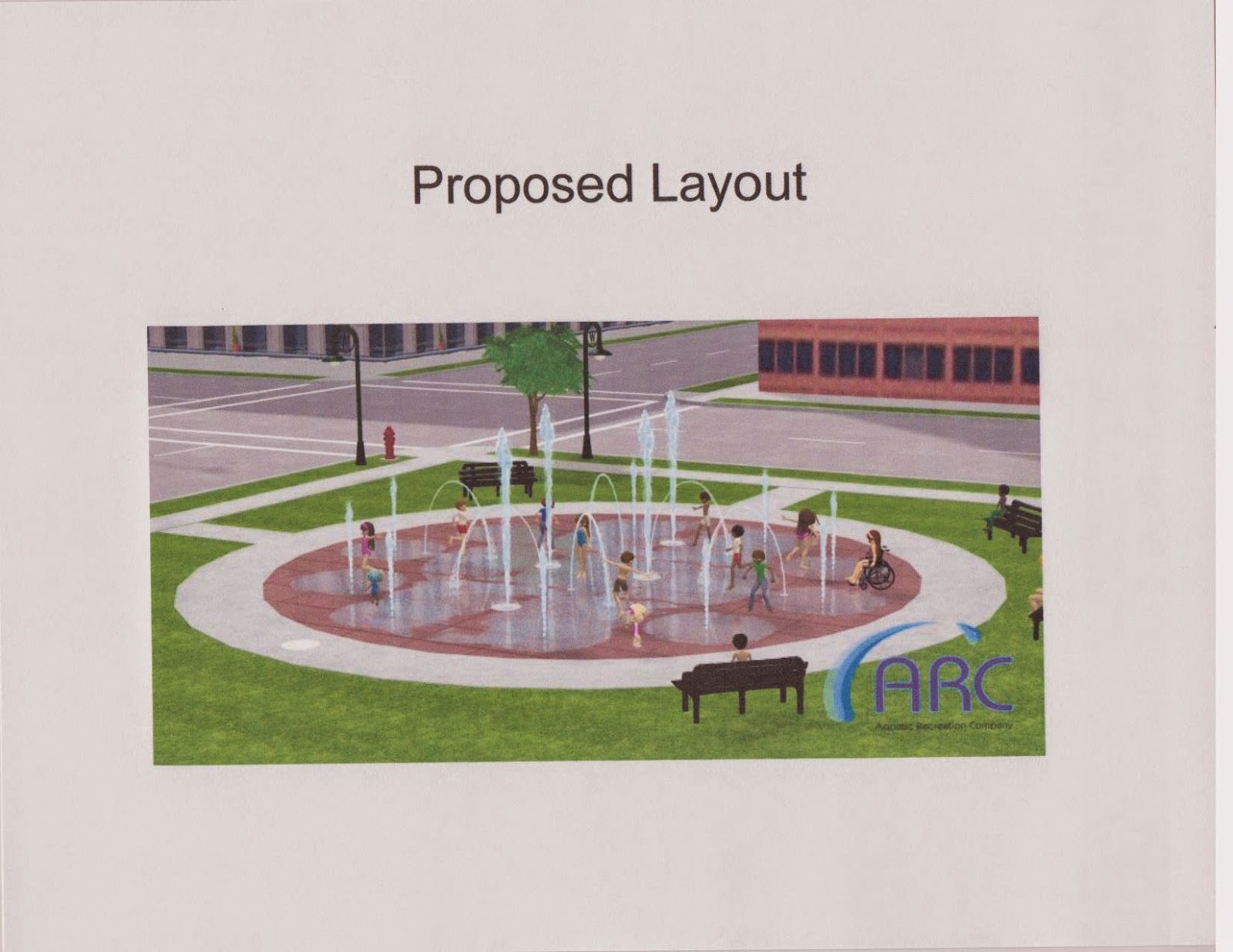 Note that it is on a street.  The only main street in the area is Memorial Drive.

A brief review of the map shows that construction on Memorial Drive can only be achieved by destroying the parking lot which the DCR and the fake group want to destroy.

Golly gee, they have found an excuse to destroy a parking lot they want to destroy.  And the fake group, before the corrupt vote approved the destruction, loudly promised not to destroy the parking lot.

Posted by Friends of the White Geese at 1:22 PM