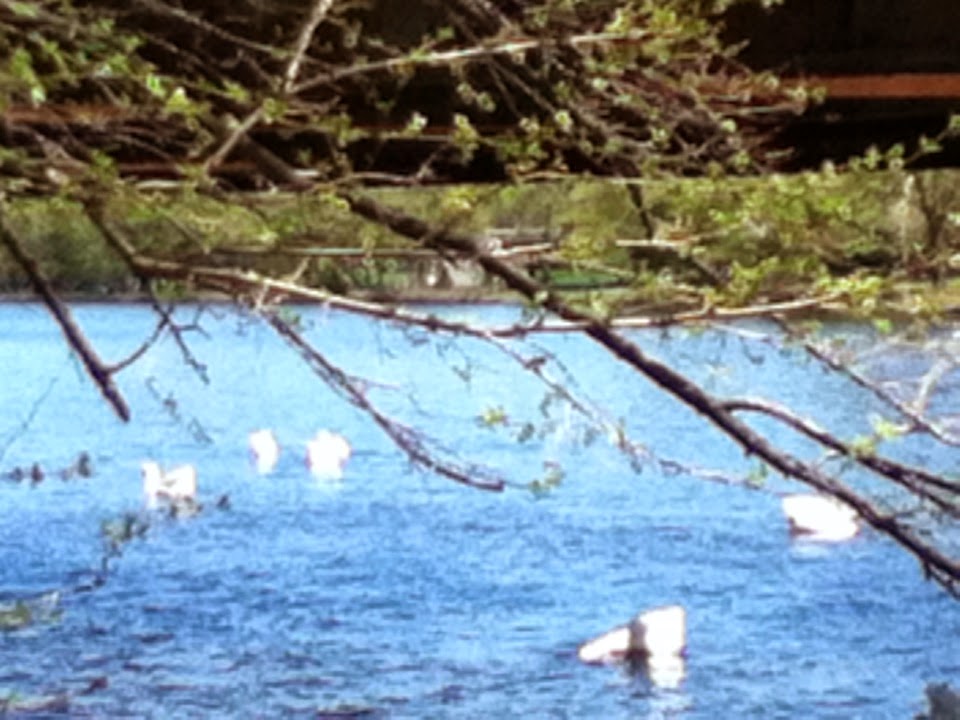 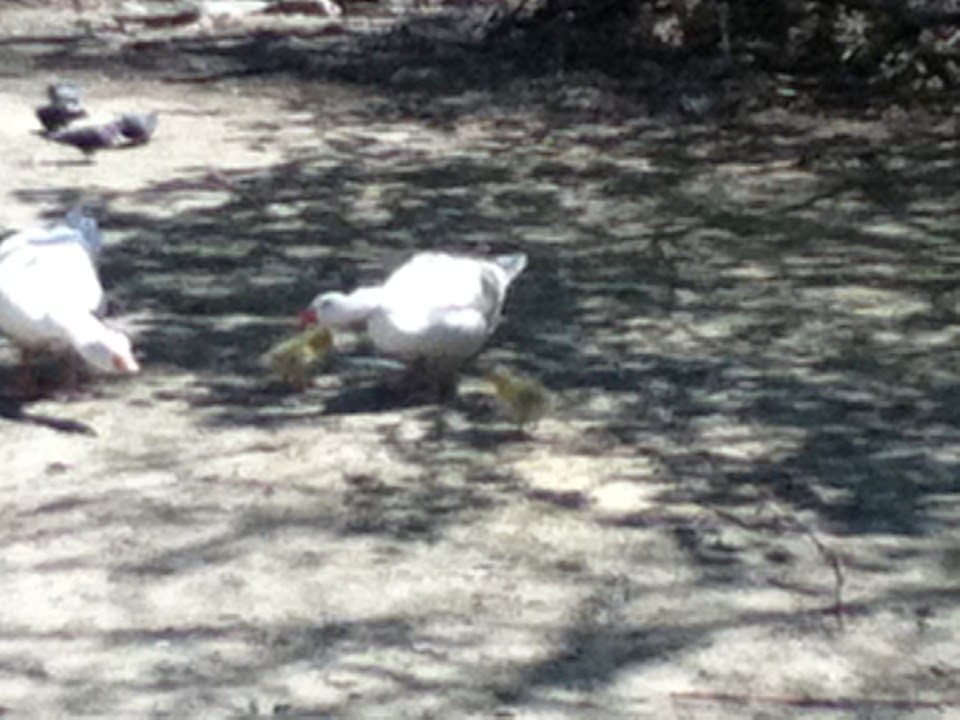 Mommy, daddy, and babies.  The destroyers prohibit discussion of this, but they never stop sounding pious.

The ground vegetation was destroyed by the falsely named Charles River "Conservancy."  Then along came railroad workers who were too lazy to walk a few feet and park their car responsibly.

They are being deliberately starved by walling off and poisoning the playing fields at Magazine Beach where they have lived and fed for most of the last 33 years.  The explanation?  The usual flat out lies and omissions.  That introduced wall which blocks access between the playing fields and the Charles River appeared in the sainted Charles River Master Plan as a "lawn" to the Charles.

The explanation now?  It is anti Charles River to defend the Charles River, according to the fake neighborhood association, a belligerent company union. 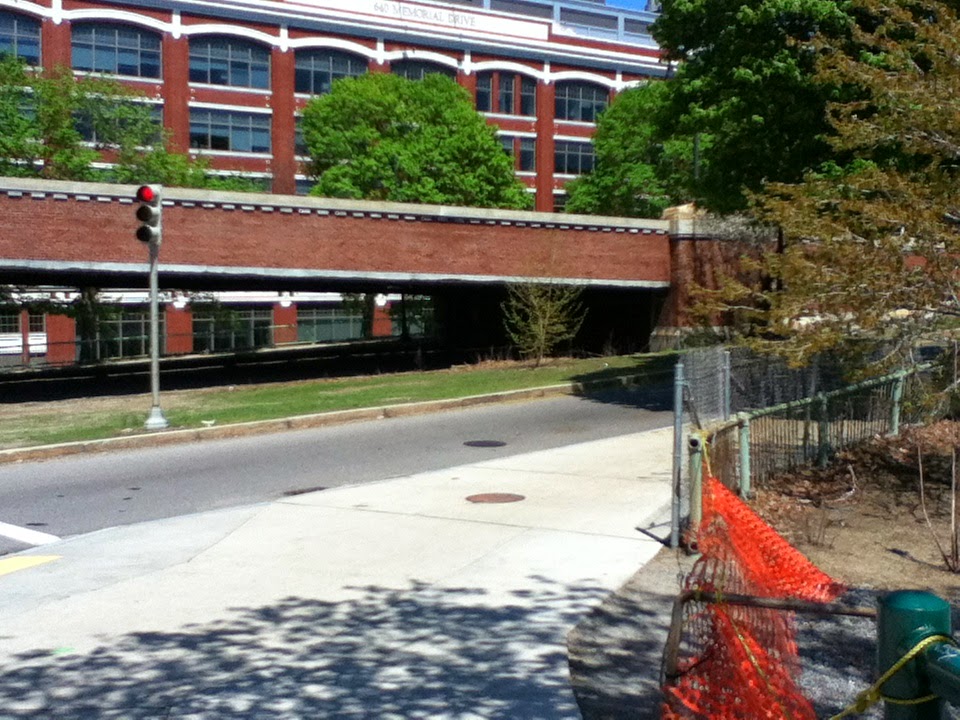 The orange is a new starvation wall at the entrance to the Destroyed Nesting Area.  The grass is under Memorial Drive and readily available for parking.  The Charles River White Geese are kept from eating it by that orange starvation wall.  It also keeps them from being visible to a public which loves them.

After all the policy in the Charles River Master Plan is to kill off or drive away as many resident animals as they can get away with, and the Charles River White Geese are the most visible victims of this sick entity. 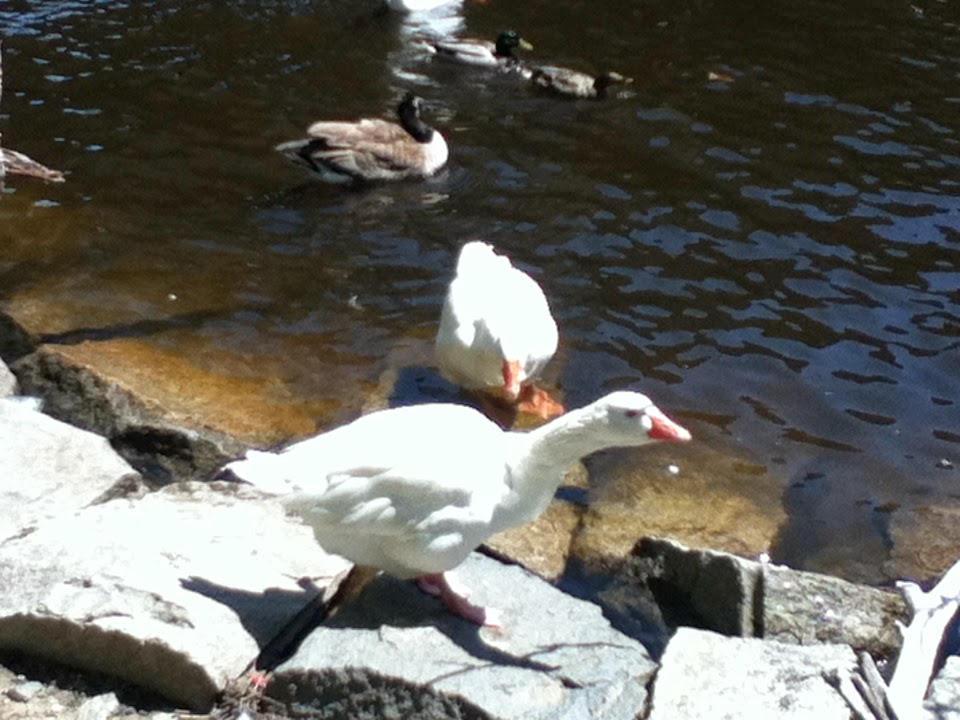 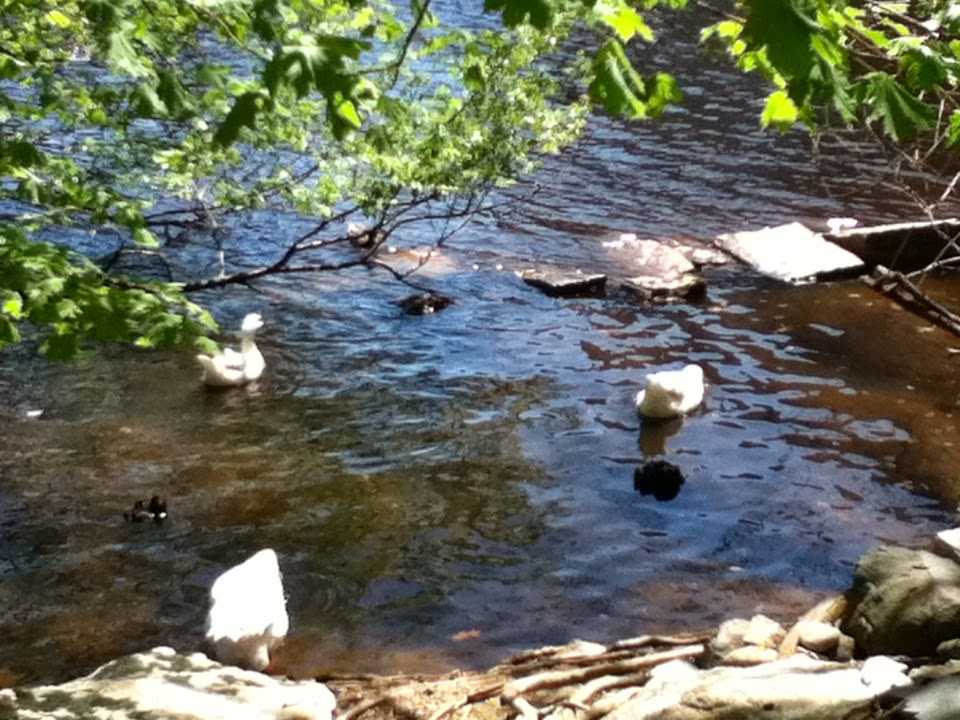 Swimming in a quiet cove next to environmental destruction. 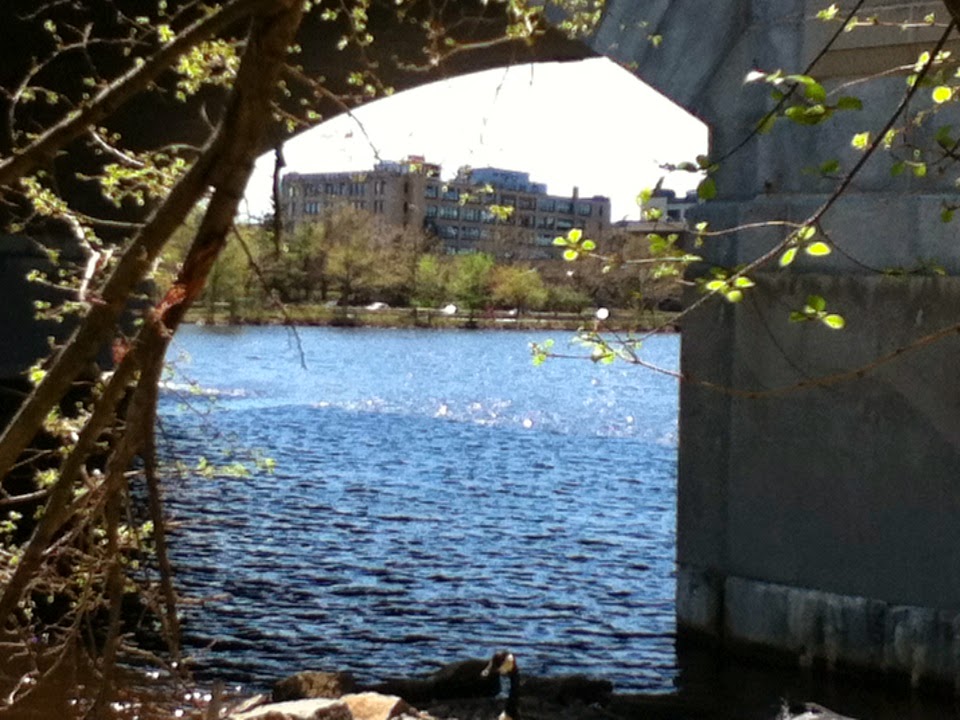 View through the BU Bridge from the Destroyed Nesting Area.

Straight ahead is the Boston side and the location of the Mass. Pike (I90) near the Charles River.  This is where the road will be torn down and rebuilt.

“It is anti Charles River to defend the Charles River.”  —  English translation of the driving policy of the Cambridge Machine’s fake neighborhood association.  The Cambridge Machine is a collage of fake groups, company unions whose most important function is to prevent needed action.  While cheerleading for a destructive city government.

As usual, the fake neighborhood association meeting was a fake group putting on a show.

The usual con, discuss everything except for the destruction they are fighting for, and suppress comments on the important, using the agenda to lie about reality.

New Cambridge City Councilor Mazen appeared and made some comments.

The comments led a to horrible omen.  Well meaning people get surrounded by con artists and can get swamped.

I followed up by giving Councilor Mazen a copy of my fourth letter to MassDOT on the April 10 and May 1 meetings.  I have to get around to posting it.

The reality is that the Cambridge Development Department has spent more than 20 years lying about very crucial subway plans, and Cambridge “experts” who smell like the fake group bless the lies of the Cambridge Machine.  The lies may continue to this day.  I just do not have contact in the last two years.

When you have “experts” blessing flat out and blatant lies by city staff, that speaks volumes as to the extent “experts” in Cambridge, MA, USA, are controlled by Development Department Staff.

It is very, very difficult for an honest person to withstand nonsense coming from all directions, even when you have provable flat out lies on a key planning issue for more than 20 years.  Lies which are exactly the opposite of reality in communities around Cambridge are flaunted a undeniable truths in Cambridge.  The reality in the outside work is simply ignored by the Cambridge Machine.

Enclosed, for your information, is the flier which I passed out last night.  It may have allayed the wild claims.  I will be happy to provide a PDF version.  Please just contact me at boblat@yahoo.com.