The vile situation in Cambridge, MA, and on the Charles River is based on lies of omission plus lies which are more blatant.

This is a key factor in how a truly vile city government stays in control in a city which wants to be progressive.

Here are before and after photos of the Cambridge Common. 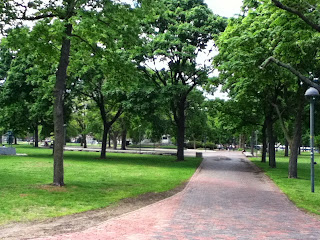 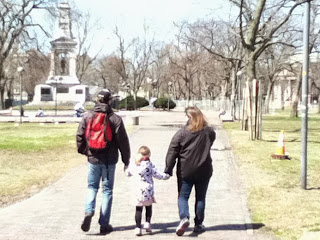 Here is a report from me providing more detail, and 33 photos, on recent and ongoing outrages this vile government is part of:  http://charlesriverwhitegeeseblog.blogspot.com/2015/05/charles-river-more-money-for.html.


2. City of Cambridge ALMOST Brags about destroying the Cambridge Common.

Cambridge is now bragging about the Cambridge Common project, but not about the destruction.

They are bragging about a new bike highway constructed on the far side of the adjoining Flagstaff Park.

And they casually mention all the saplings they are planting as part of the project.

No mention of the outrageous and completely typical destruction.

But the inside pols and their fake groups will brag about how great they are being on the Cambridge Common.

Just look at the bike path and the saplings.

Do not look at what they tell you not to look at by not mentioning the outrage.

Posted by Friends of the White Geese at 1:52 PM