WBZ Radio this morning, and, I believe, last night has reported that an environmental disaster is proceeding to happen to our world with all the trees being destroyed by human beings.

This conclusion has been announced after extended analysis by a Harvard researcher.

We reported on Harvard’s massive destruction in Argentina yesterday, at http://charlesriverwhitegeeseblog.blogspot.com/2013/12/organizing-against-harvard.html.

The City of Cambridge is in the process of destroying 22 excellent trees on the Cambridge Common which Harvard claims as Harvard open space on campus maps.

It is inconceivable that such an outrage would be occurring in this location without the consent of Harvard.

Here are a few photos of endangered trees. 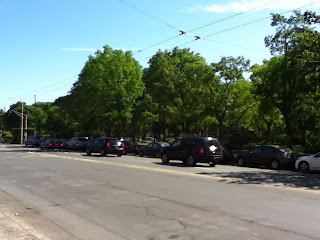 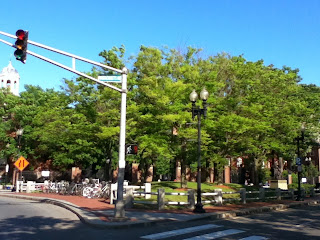 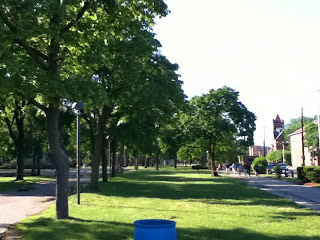 I reported on this outrage with more photos at: http://charlesriverwhitegeeseblog.blogspot.com/2013/06/impending-destruction-cambridge-ma-usa.html.

Last spring, the Cambridge City Council voted to mark the trees they were destroying, after they voted to destroy them. Then they took a tour. The trees were never marked.

4. Destruction on the Charles River.

In about 2004, Harvard bought the train yards and I90 (Mass. Pike) off ramp on the north side of the Charles River opposite Magazine Beach.

About four months earlier, the Massachusetts Bay Transportation Authority demonstrated that the Grand Junction Railroad Bridge running under the BU BRidge could be used for an off ramp from I90 to Cambridge.

House Bill H3332 sponsored by Governor Patrick includes a bond request for the destruction of hundreds of trees between Magazine Beach and the Longfellow Bridge, two bridges east of the BU Bridge. This destruction is being fought for under the lie “underpasses”. The Patrick moneys include $2 to $4 million for the “underpasses” and about $22 million for associated “pathways” which very clearly include that destruction. The leader of the most visible group fighting for the destruction, a falsely named “Conservancy” has oozed at the brilliance of all that destruction.

Multiple projects on the Cambridge side are preparing Cambridge for receipt of this traffic. This destruction would straighten out Memorial Drive east of the new off ramp to allow faster movement more consistent with the expectations of folks using Harvard’s off ramp.

The governor has announced plans to straighten out I90 / the Mass. Pike in the yards / current off ramp area. The maneuvering rather clearly indicates long range plans to move the Harvard Medical School there to allow expansion of Longwood Medical Area hospitals. Harvard has proposed a spur off the rapid transit Red Line starting at Porter Station (next stop after Harvard Station), running through Harvard Station, and the new Harvard Medical School, connecting to a supposed bus tunnel to serve the Harvard Medical Area through a stop at Longwood Avenue and Louis Pasteur.

The bus tunnel is nonsense. The expense would be much more justified by an Orange Line spur through the tunnel to Kenmore / Fenway Park as first phase on a circumferential rapid transit line.

I have done many reports on this.

Here is a space / aerial photo showing the lay of the land. 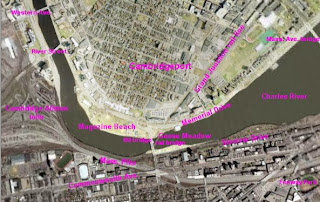 The trees being destroyed in the H3332 project start at the railroad on the upper side of the Charles River and follow the river to the bridge beyond the bridge at the right side of the photo.

I have been informed that the railroad yard has been emptied. Operations were planned to be moved to Worcester.

Here is a blow up of the area without the targeted trees.

Here are some photos of a group of smaller trees slated to be destroyed.


This excellent grove consists of about 104 trees about half a mile east of the BU Bridge at the Memorial Drive split. More than 80 of its trees are slated for destruction.

I repeat, most of the other trees being destroyed are larger than the ones in this grove. The trees are so thick that it is impossible to do photos of them which communicate the depravity.

Sam Wohns of Harvard who is very visible in the fight against the Argentine outrage has been kind enough to friend the Charles River White Geese on Facebook.