I have been reporting on the displacement of the Charles River White Geese by the weather and their intelligence as to the best place to be in REALLY bad weather.

Most are at a distance, but there are some close ups.

Both the Charles River White Geese and the Canadas were happily enjoying their return to their current home even though the heartless animal abusers have done so much harm to it.

Their walking in the snow is very misleading.  Their web feet are well adapted to walking on snow.

I tried it and sank in six inches until the show was crushed enough to support my weight.  I did not go down to the ground. 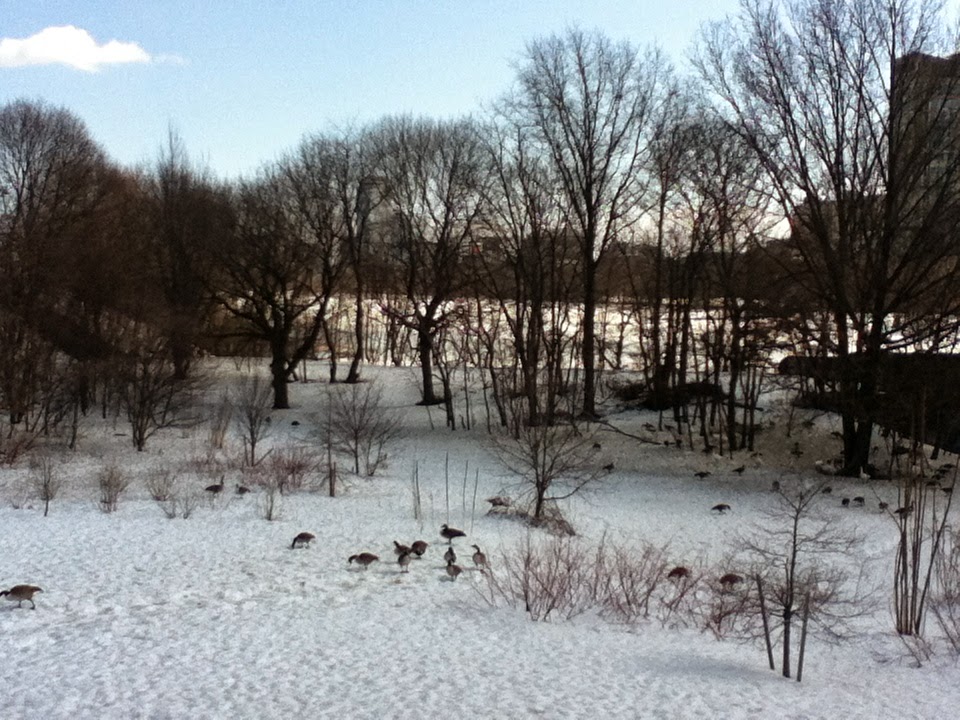 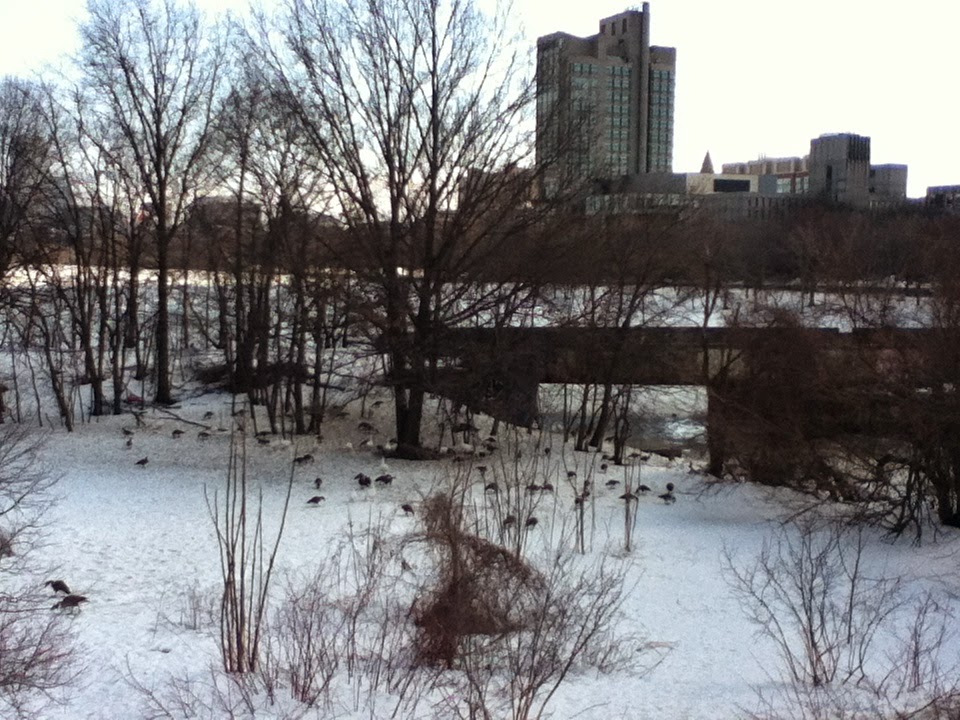 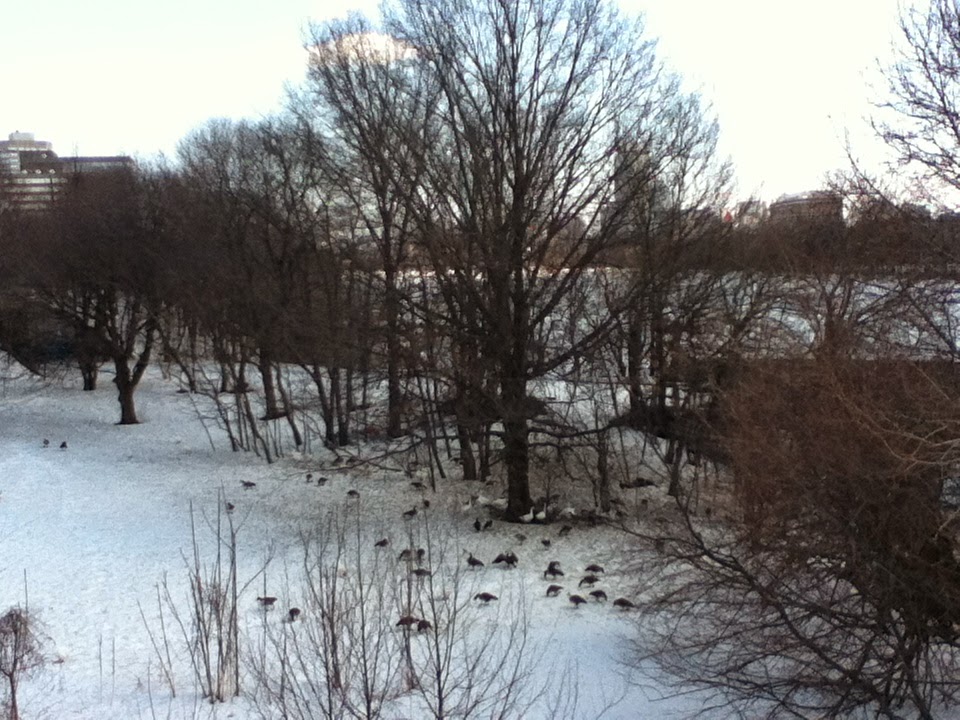 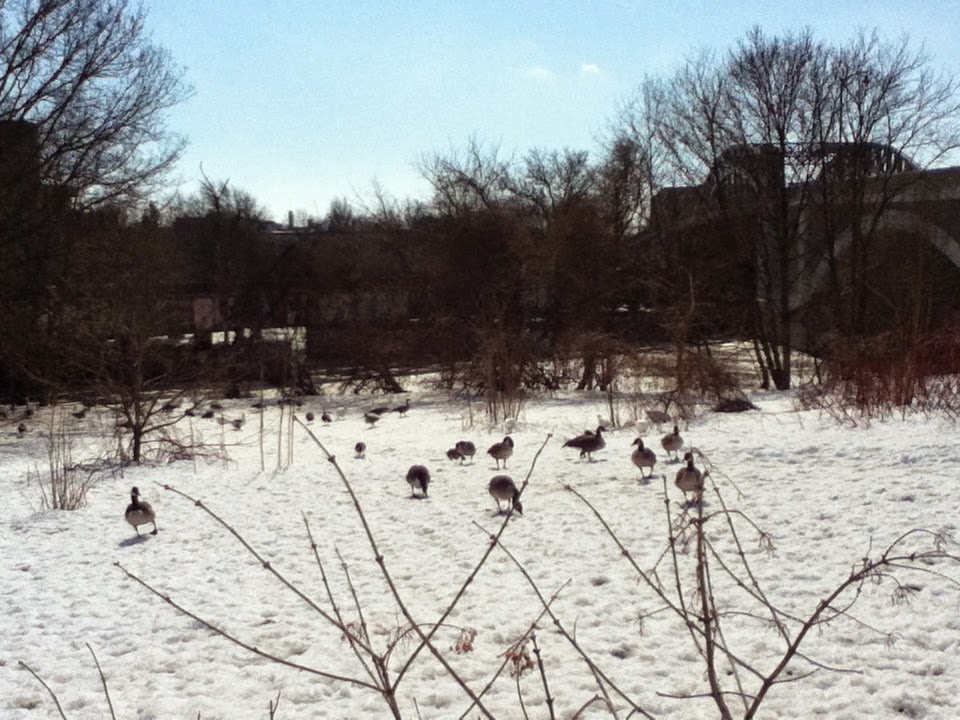 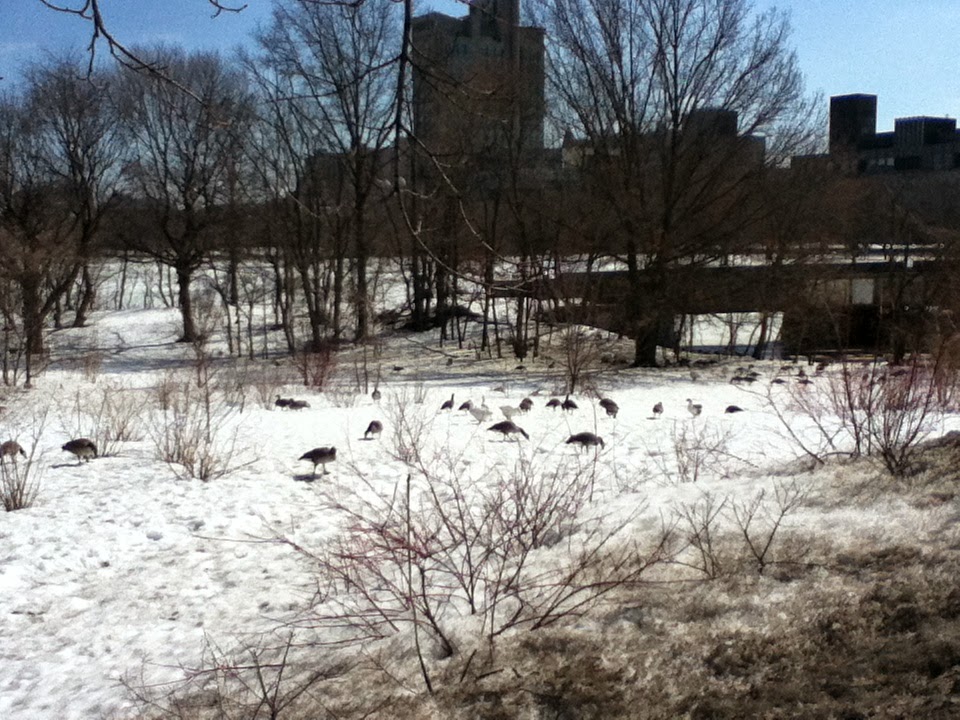 A blow up of a bunch of Charles River White Geese (and Canadas) on the incline to the left, under the Memorial Drive on ramp.  Boston University’s  illegally installed staircase is in this area.  To the right is the Grand Junction railroad and the wild area. 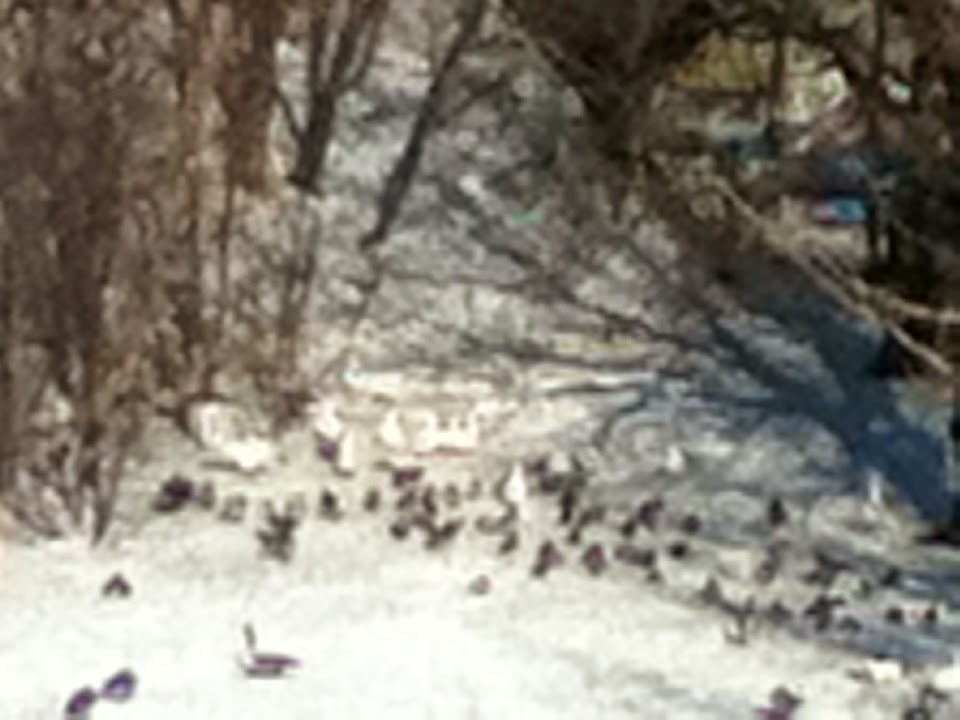 Here are a few close ups at the entrance from the intersection of the BU Bridge and the on ramp to Memorial Drive.

There are decent people in the world.  The trouble is that too many people in position to do harm are very much not decent people.  It is a matter of selection.  Bad guys choose bad guys, but they take less care to put rotters into working positions.  Unfortunately, the controllers of the Fake Groups use the same priorities in their selection of key people for environmental attackers.

The entrance to the DNA has seen a plough push snow into the area in such a way that humans and animals can get around it.  I imagine the shopping carts are from homeless in the area.  But a few Charles River White Geese went through to check out the sidewalk.  I was not able to get the curious heads, but was able to photo them as they backed out. 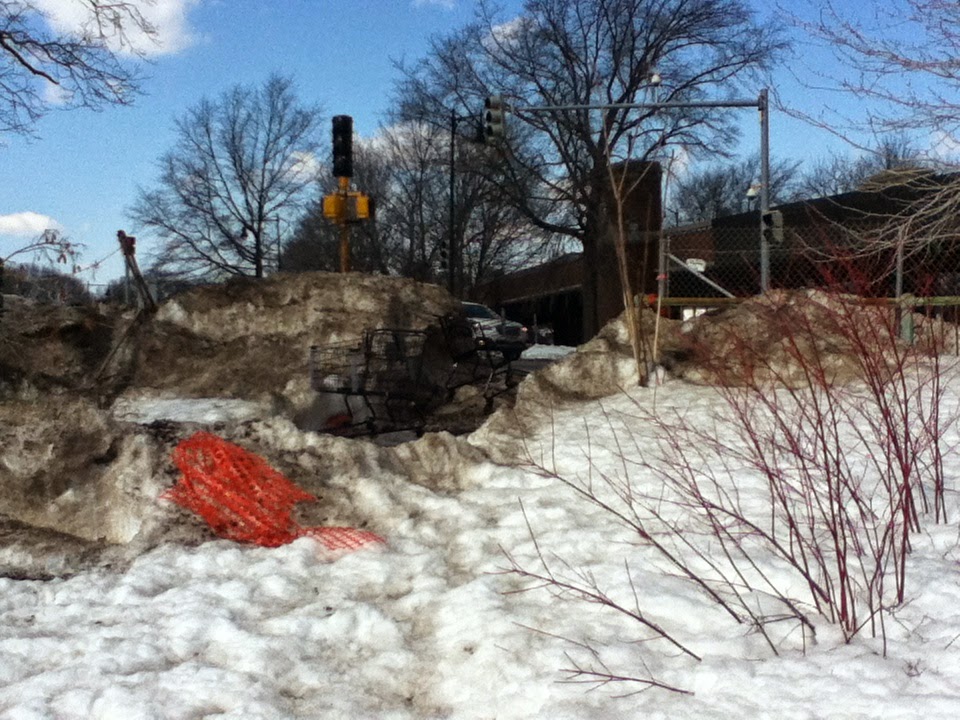 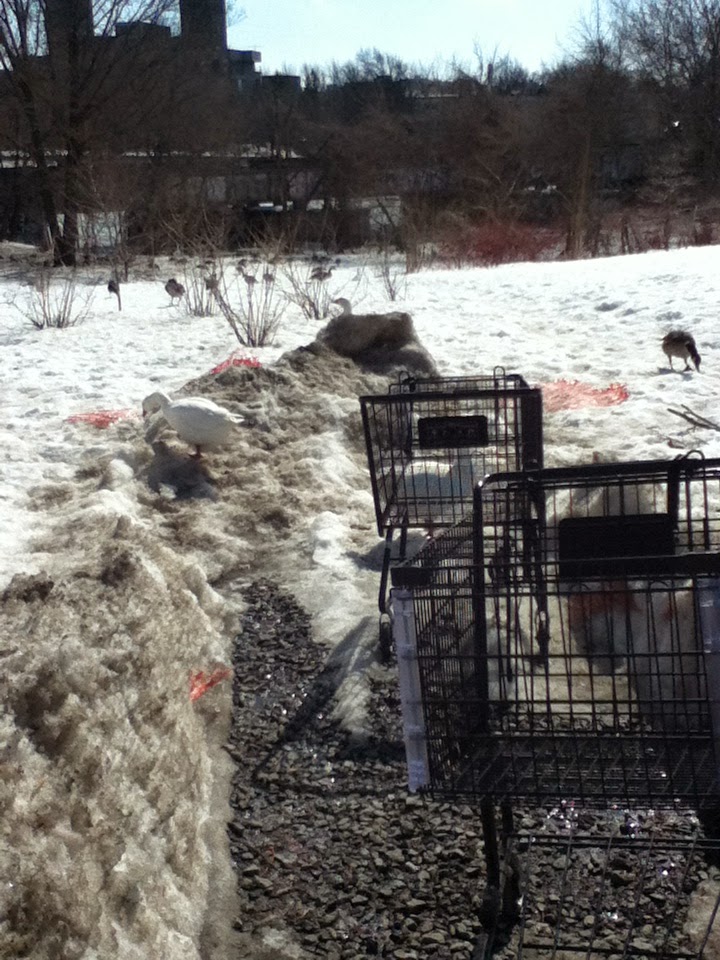 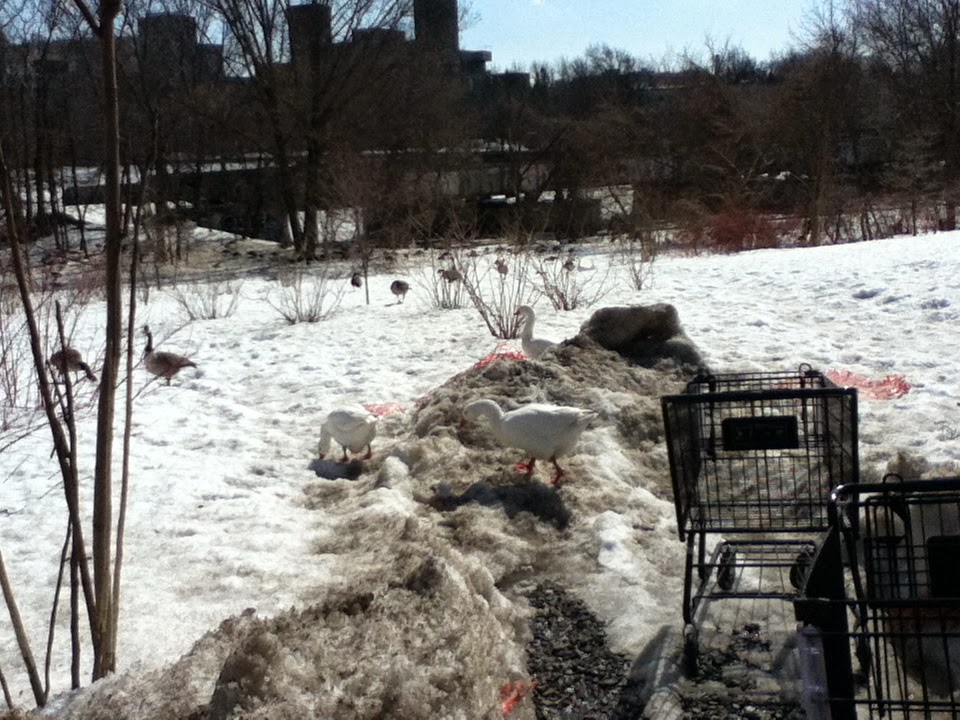 Here are plans from Boston University on Commonwealth Avenue (beyond the Charles River and the buildings on the Charles River) showing the relative lay of the land.  In the middle is the Charles River.  To the far left is the BU Bridge and the Destroyed Nesting Area, then the Grand Junction Railroad / Railroad Bridge, then the wild area and The Bay, then BU’s Cambridge Boathouse. 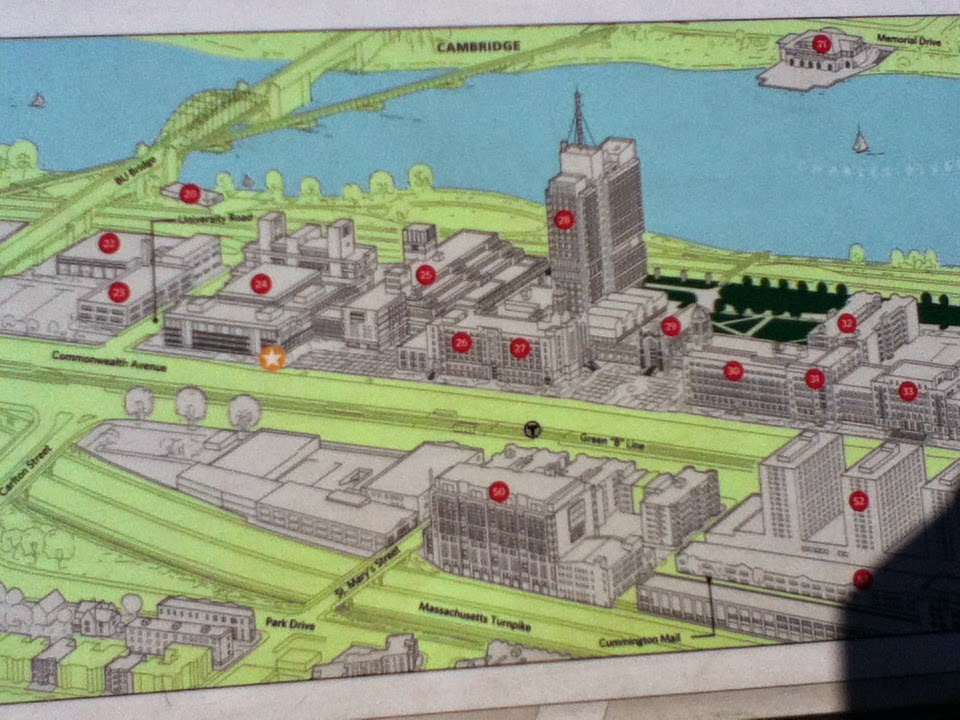 Here are photos showing the area from the BU Bridge March 9, 2015.

Note the unfrozen water to the left (west) of BU’s Cambridge Boat House in The Bay.  This is the area the Charles River White Geese were enjoying in my last report. 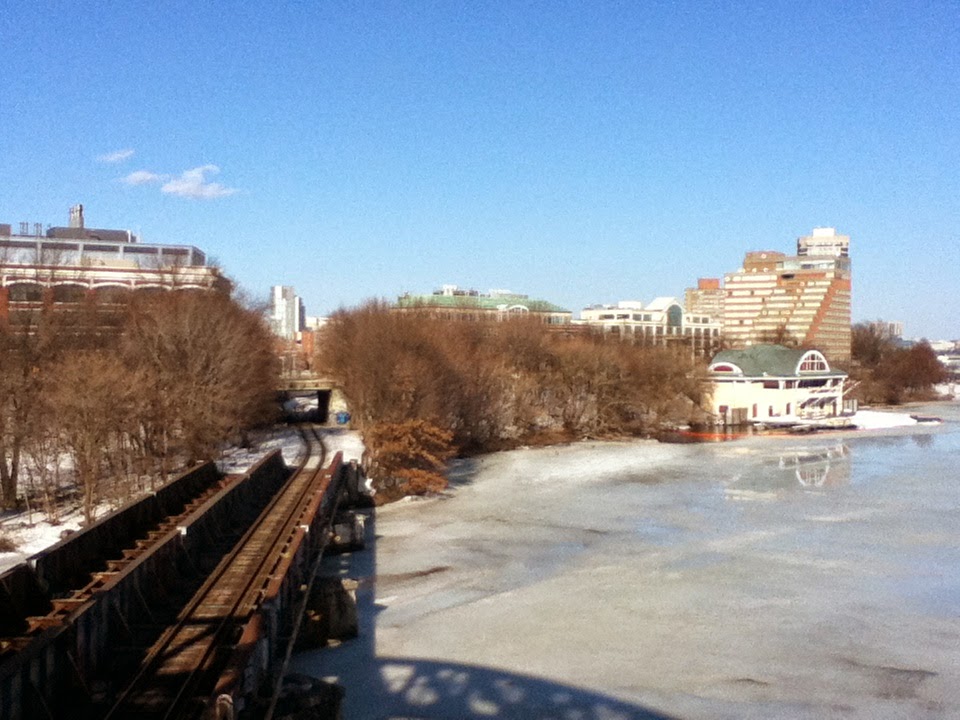 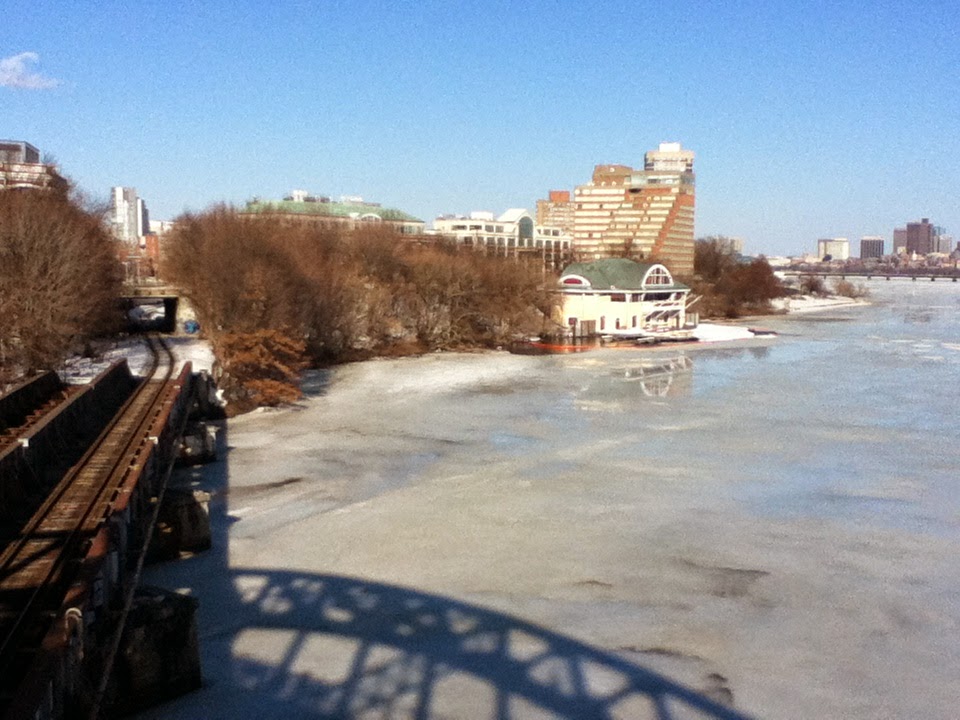 Posted by Friends of the White Geese at 6:03 PM