Some technical details are presented at the end along with a correction to my earlier comments concerning the existing Green Line B.

I was fortunate enough on Tuesday to run past a Boston University map showing the BU West area.  It very much helps to understand details of the Green Line A proposal in that area.  More details on the proposal are posted at http://charlesriverwhitegeeseblog.blogspot.com/2015/04/charles-river-new-green-line-ideal-for.html.  At least one report will follow going into detail concerning the Harvard end, including a possible change.

Here is the main map of the proposal. 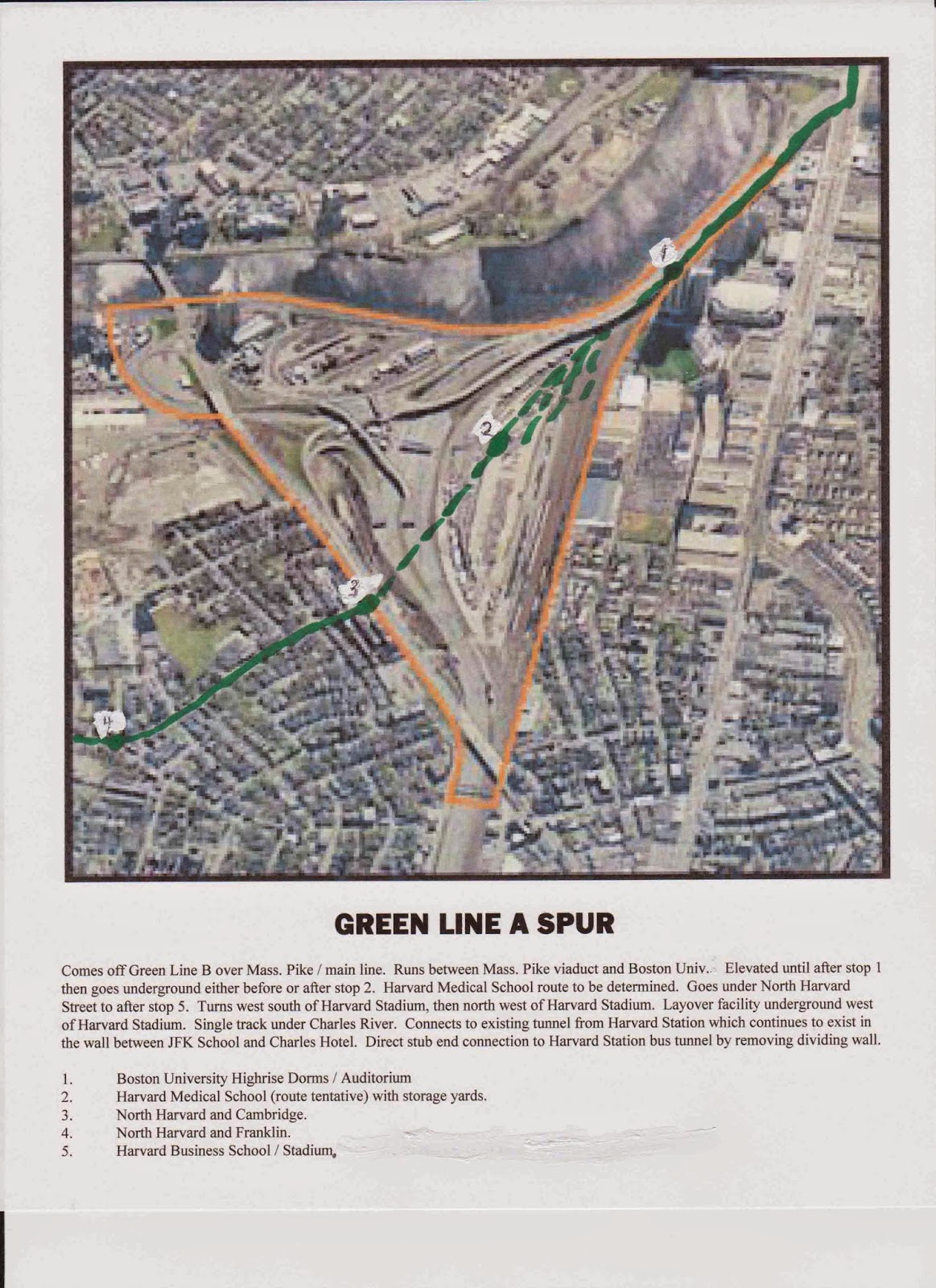 Here is the map I found: 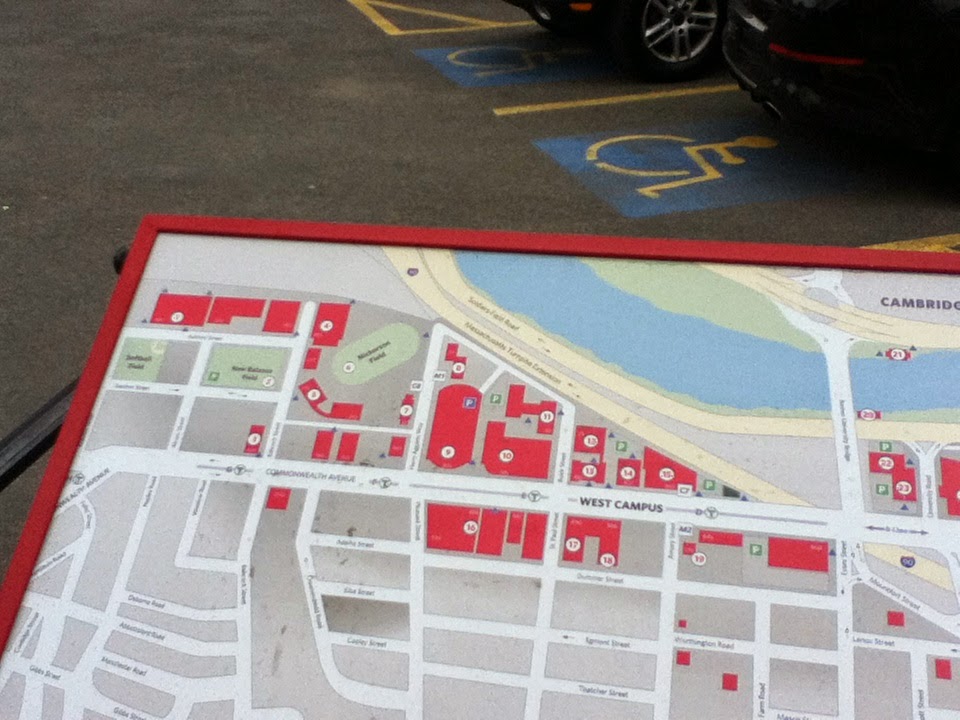 The new photo shows the Destroyed Nesting Area of the Charles River White Geese at the top right of the photo, to the right of the BU Bridge.  To its right is a numbered building.  This is Boston University’s Cambridge Boathouse.  To the immediate left of the Boathouse is the cove which the Boathouse creates and which keeps water free in very frigid temperatures.  This is where the Charles River White Geese spent much of the very cold winter.

On general principles, here is a photo of the Charles River White Geese swimming in the Charles between the Destroyed Nesting Area and the rail bridge, latter not shown by BU.  The BU Bridge is to the left of the area in this photo. 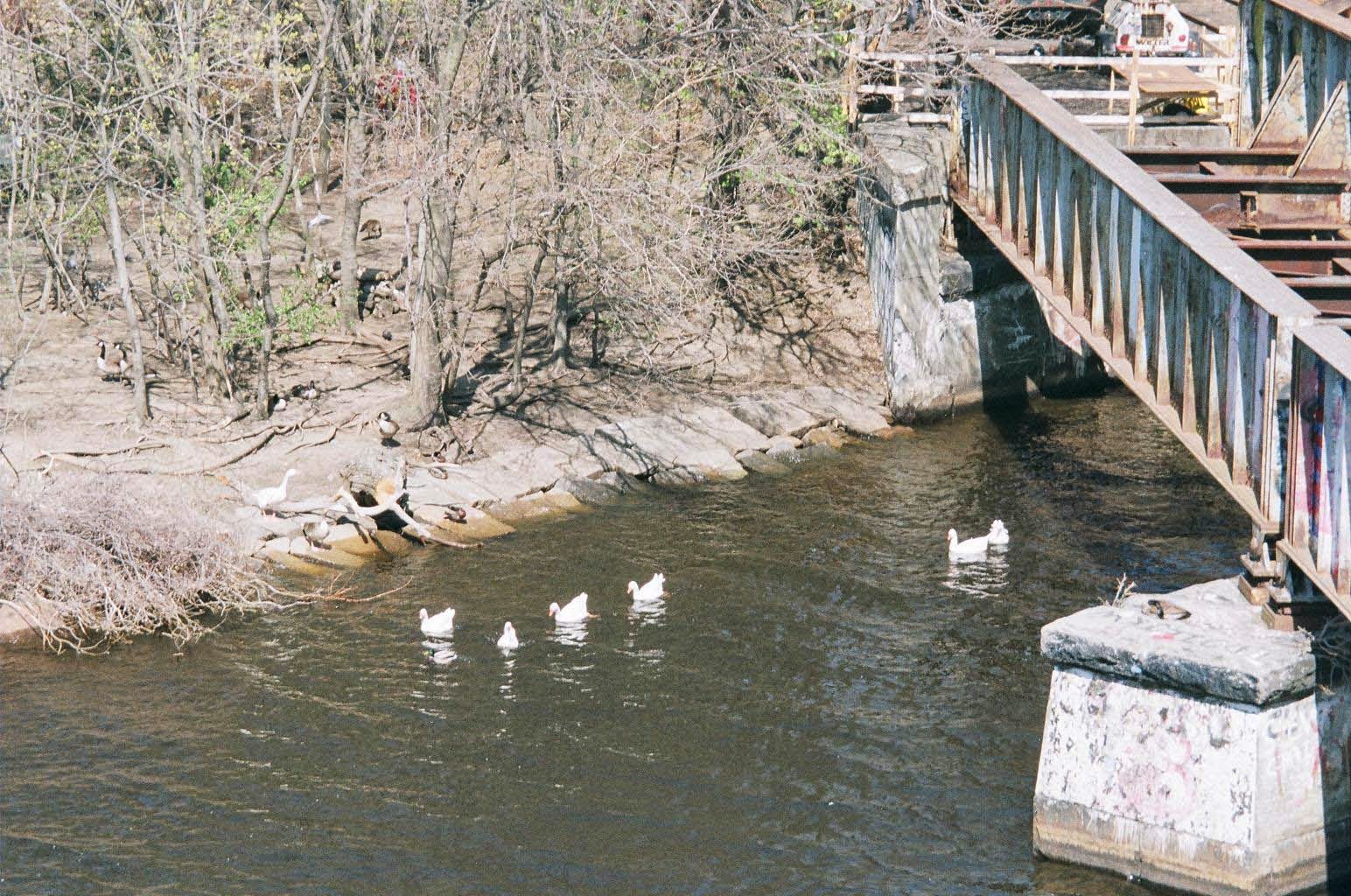 On the Boston end of the BU Bridge is a street marked “West Campus”.  This is known to many people as Commonwealth Avenue.  The map shows a divider which is Green Line B.

Here is a photo of the area between the building marked 11 on the map, a new BU dorm, and the Commuter Rail / Mass Pike.  I have suggested that a station be built on air rights above the road, connecting to a second floor plaza in the residential complex.  (Station 1) 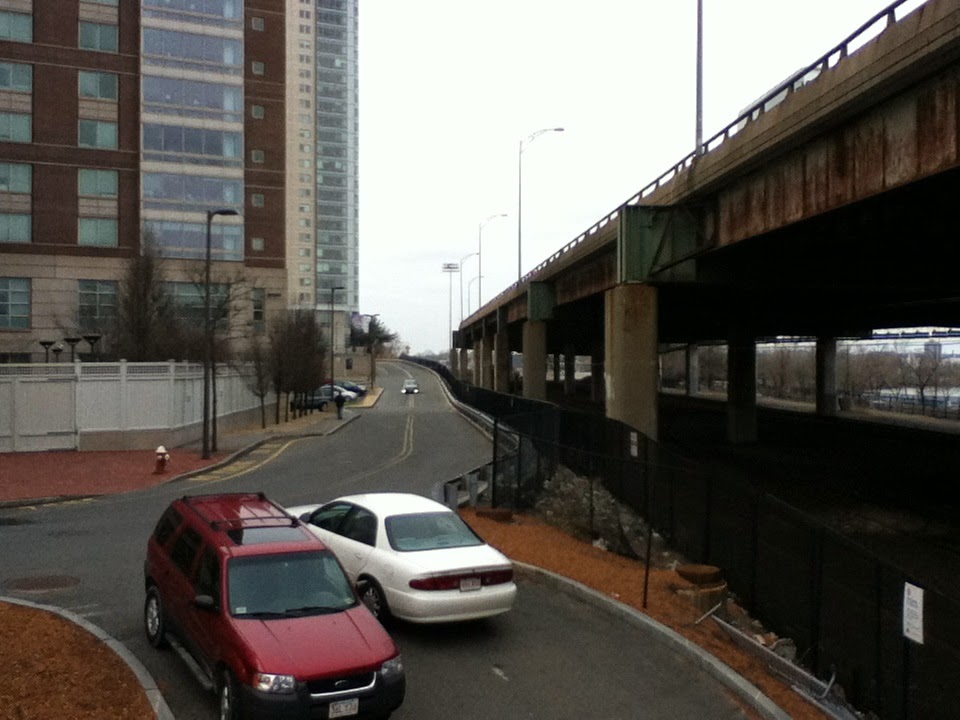 This is the side street which could be used as access to the two athletic buildings on Commonwealth Avenue, at least one of which is proposed for Olympics use.  The above photo is taken from an area behind the camera taking the side street photo. 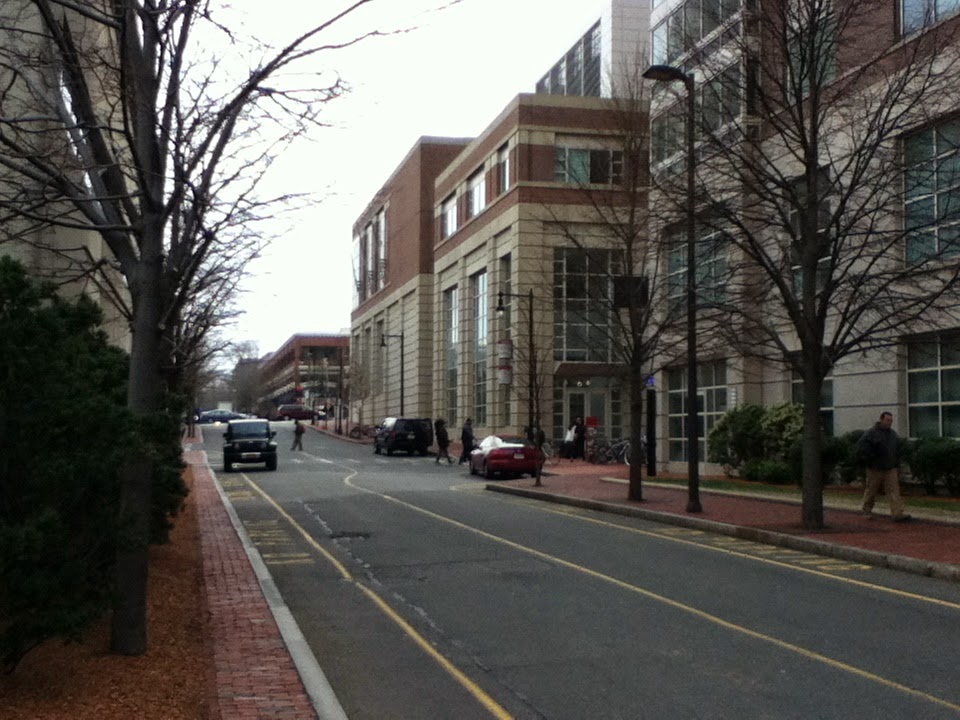 The grey area gets lighter grey after the next side street.  The lighter grey is Harvard’s future Medical School, etc., now the Mass. Pike exit to Cambridge / Allston, and a now deserted freight yard which is used in part for rail operations supporting North Station in Boston and other locations in that area.

At the far left of the map are three buildings.

This is what they look like from Harvard’s holdings.  The Mass. Pike plans call for pedestrian connection to public transportation between these buildings.  That walkway is ideal to connect Station B to more BU holdings proposed for Olympics use. 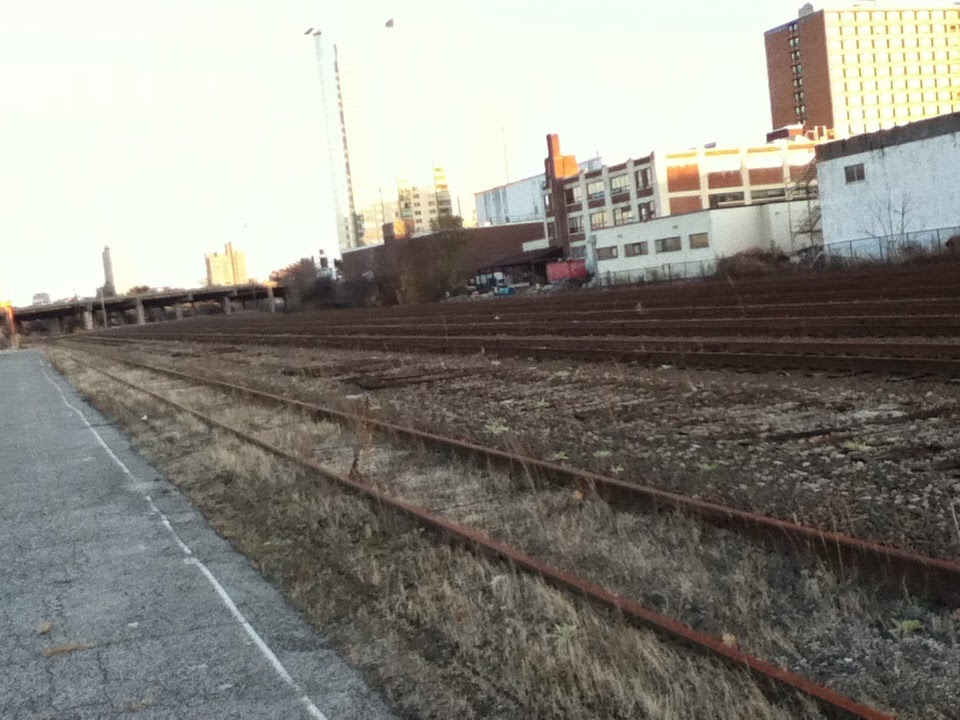 The connections from Station 1 and Station 2 are excellent.

a. Correction to prior report.  The Magazine Beach playing fields as part of this.

In my last report, I mentioned the existing Green Line Station to the right of the map and proposed that it be moved closer to the BU Bridge, immediately to the left of the map.  I incorrectly referred to it as the BU West Station.  It is the BU Central Station.

The Magazine Beach playing fields, slated for removal of at least some of Cambridge’s outrage there as part of the Olympics proposal, is at the top middle.  It would be a simple, pleasant walk from the relocated BU Central.

Additionally, I did not do a detailed analysis of the Green Line A proposal at the Harvard end.

I got an excellent question on the crossing of the Charles River which raised ideas to me and forced me to do a lot more thinking of the area.  Clearly this part of Green Line A would be the most expensive, foot by foot.  It is also crucial to give ready connection to the high speed Red Line and to the rest of Boston.

I will go into my much more detailed and more thought out ideas for this portion in a later report.

Of interest: one possibility, perhaps the preferred, would provide for a sixth station under JFK Street in Cambridge near the Anderson Bridge providing access to that riverfront and to JFK Park.

Of crucial value would be for somebody to aim me at a usable map of the Harvard Business School / Stadium / Harvard Square area.  Otherwise the communication will have less value.
Posted by Friends of the White Geese at 9:21 AM