On February 23, 2015, the Cambridge City Council passed the following order on motion of Councilor Carlone:

WHEREAS: A number of months ago, the City of Cambridge fenced off portions of the area around Cambridge Common in anticipation of a major rehabilitation project; and

WHEREAS: Residents have expressed concern and frustration over that fact that much time has elapsed without many visible signs of work or progress on the project; now therefore be it

ORDERED: That the City Manager be and hereby is requested to report back to the City Council on the status of the Cambridge Common renovation project along with an update on next steps and the projected date of completion.

English translation: Why have you not destroyed those trees yet?

Here are photos of SOME OF the trees that the City Council is in a rush to destroy.

The ones with orange dots on them are doomed.

The lovely words are just so much destructive hypocrisy. 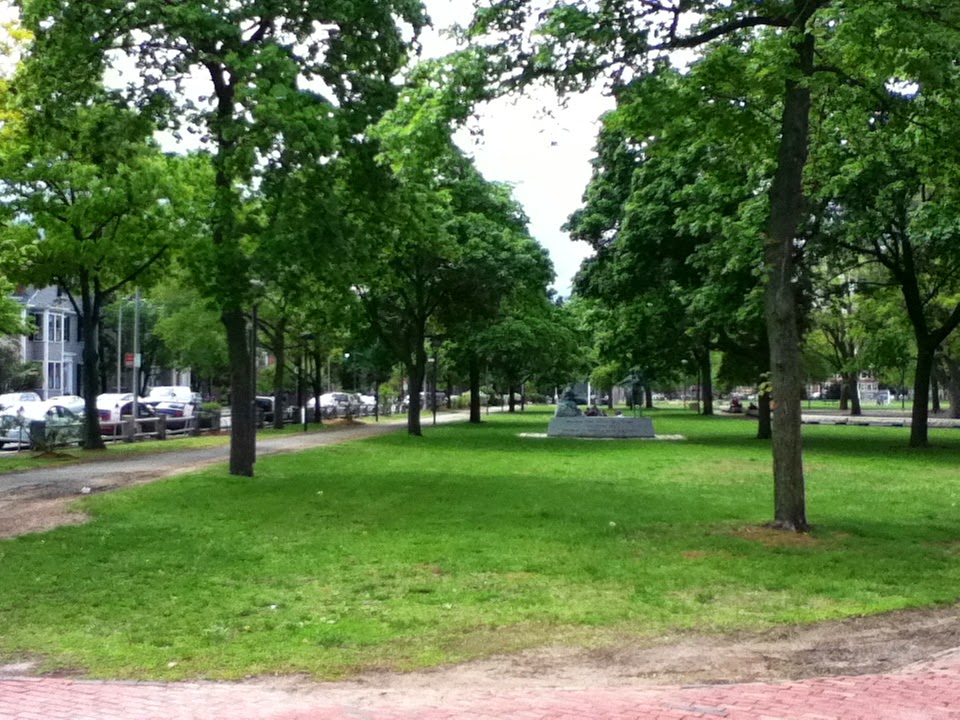 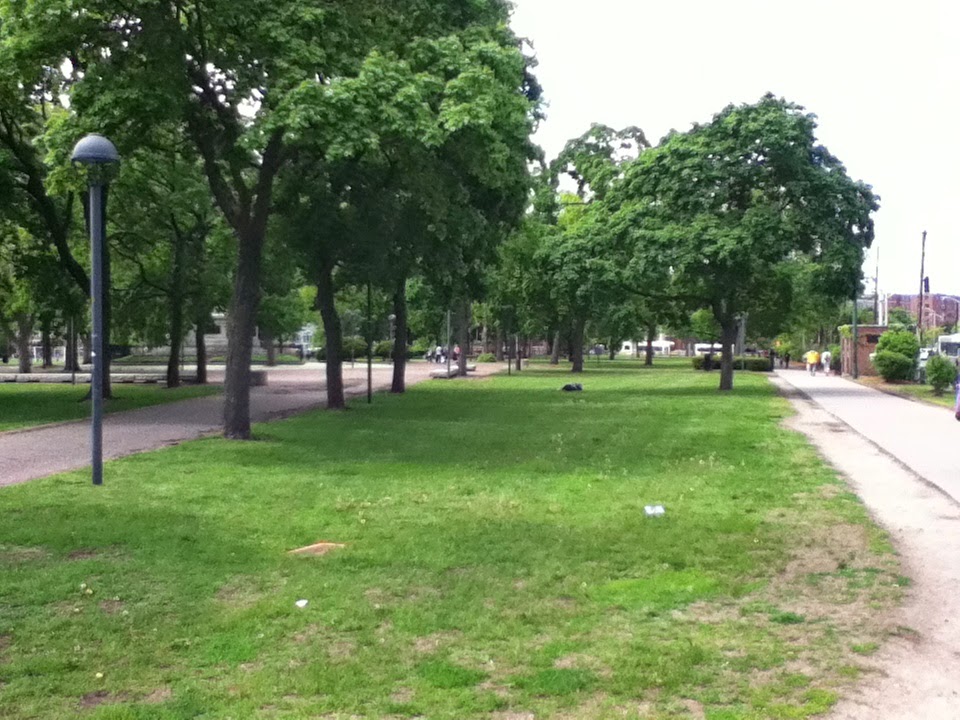 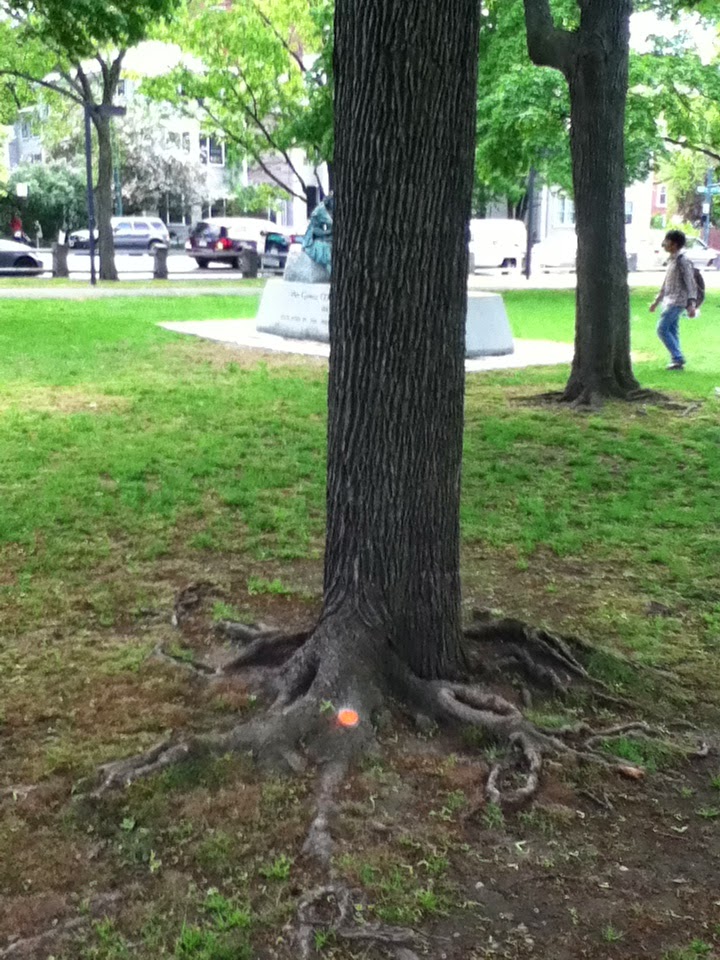 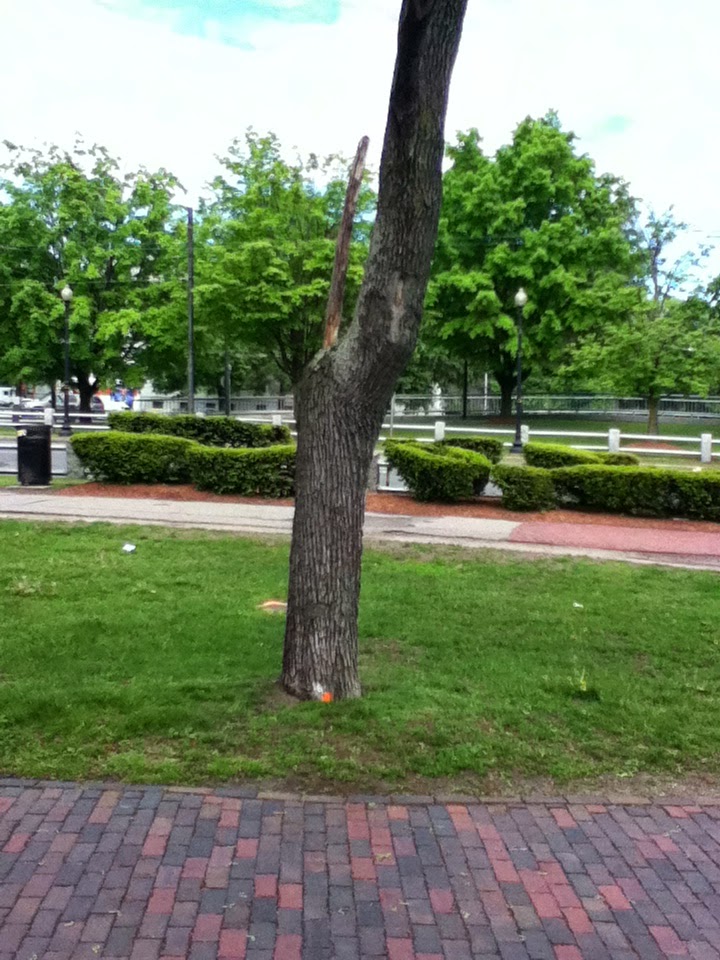 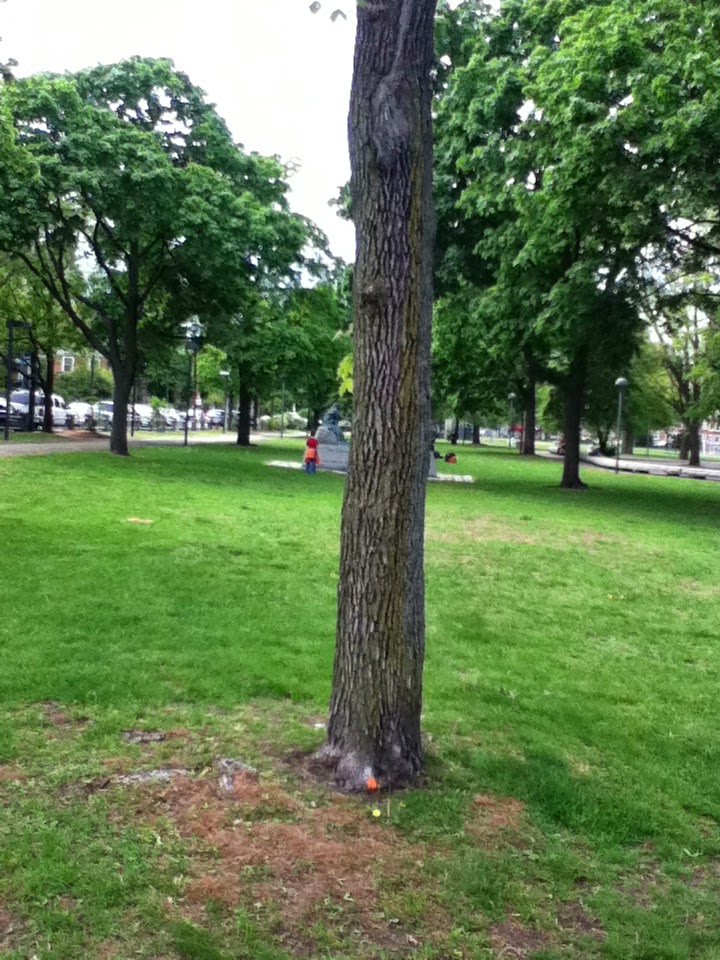 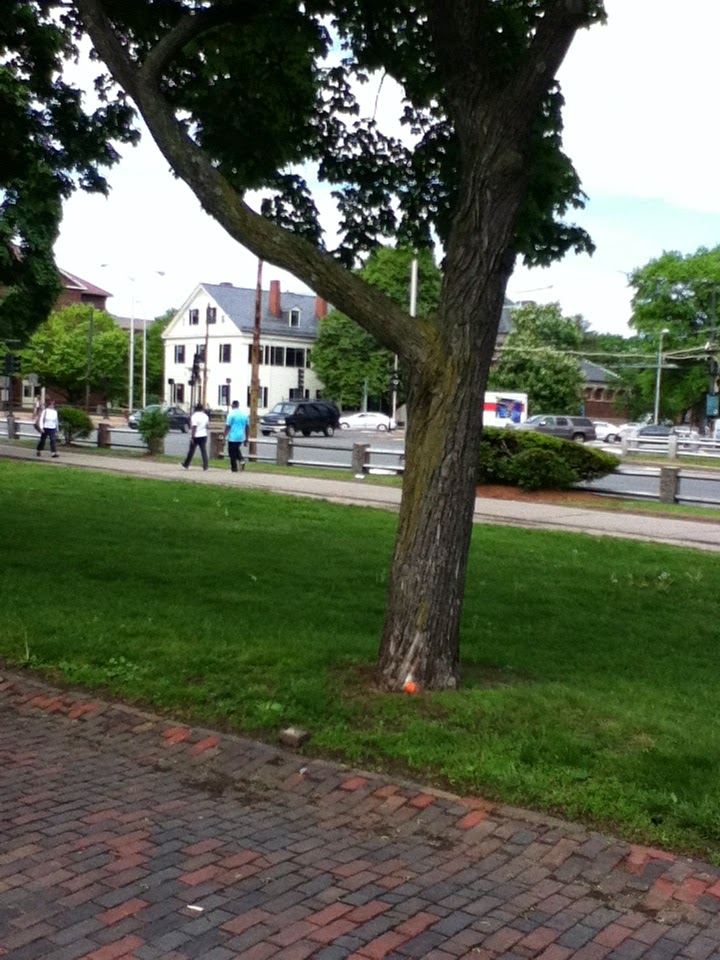 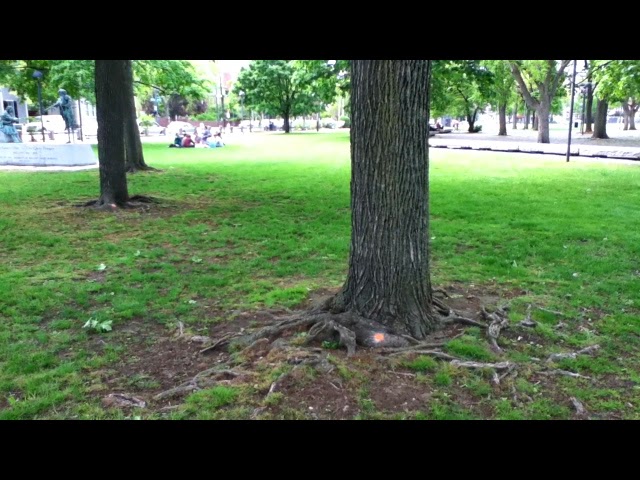 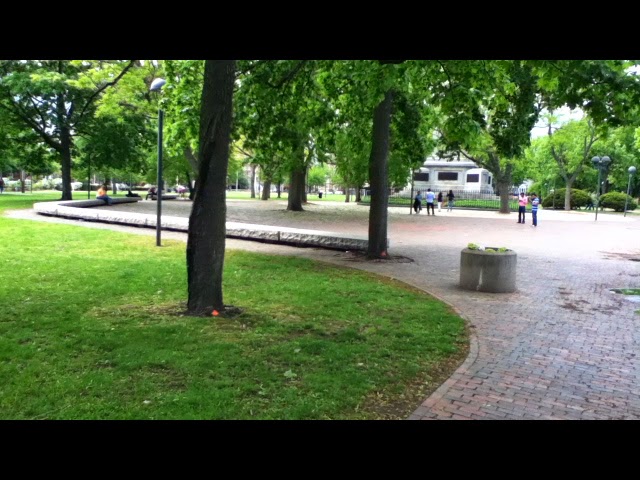 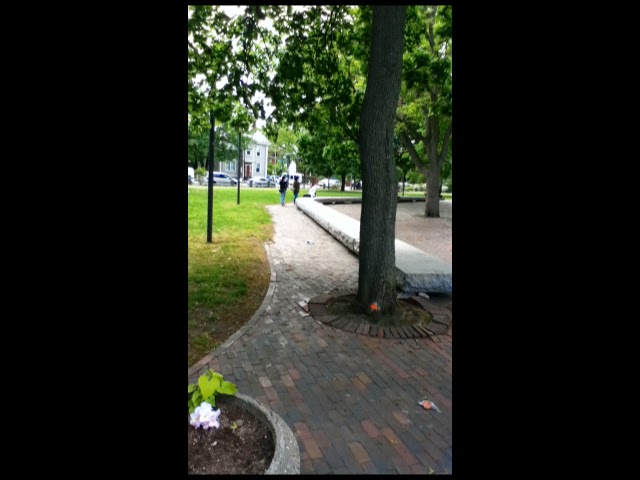 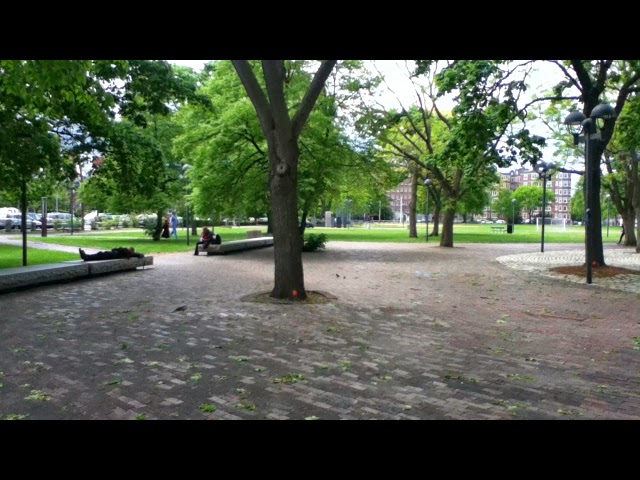 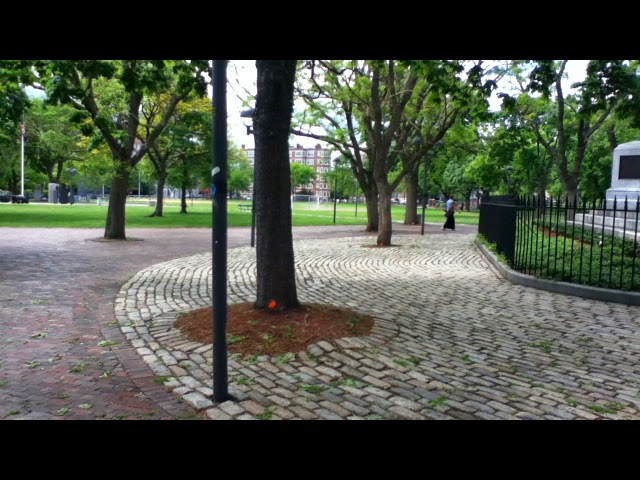 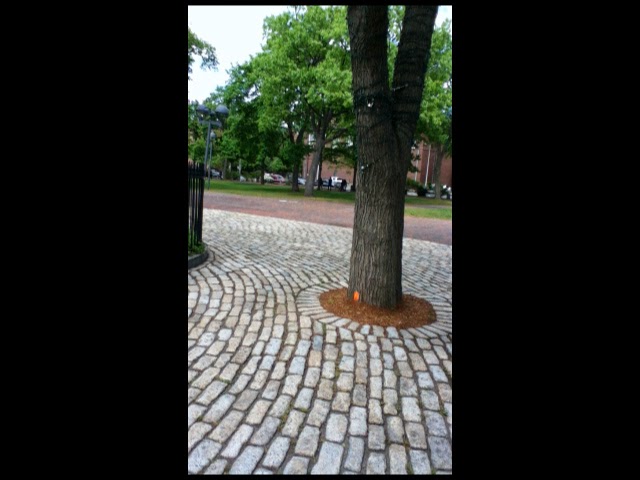 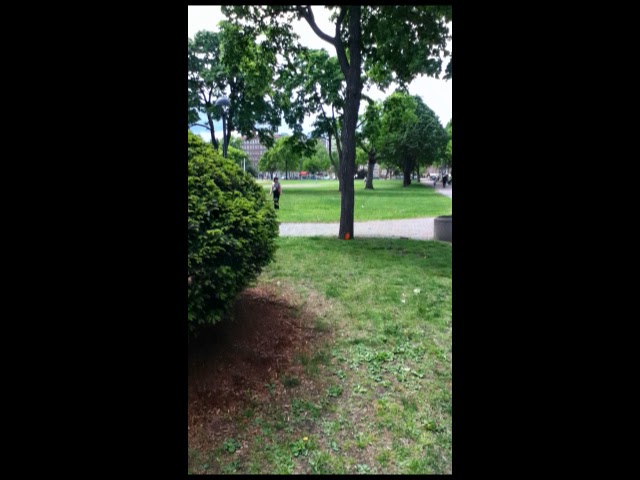 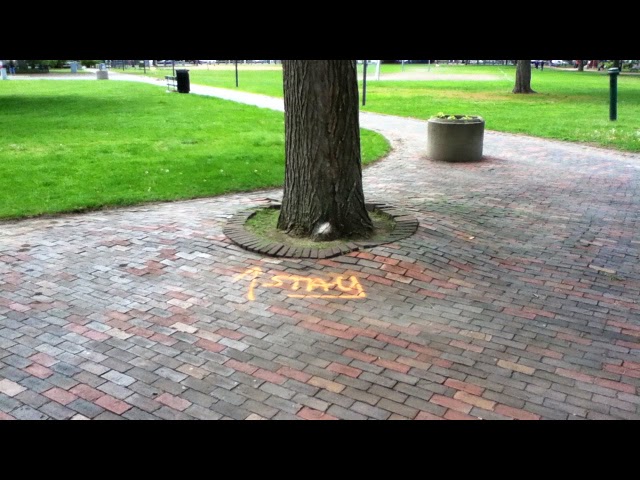 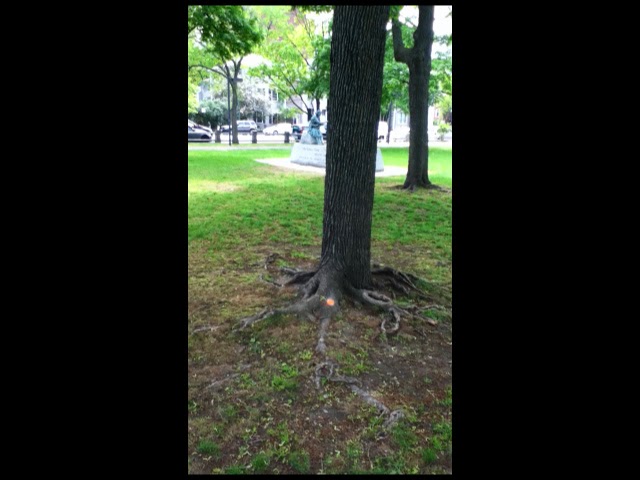 Posted by Friends of the White Geese at 9:32 AM