The Massachusetts Department of Transportation has been kind enough to present me, as a reviewer, the CD version of the Draft Environment Impact Report for the South Station Expansion project.

Beacon Park Yard is the other current use of the Mass. Pike Allston/Cambridge exit ramps.  This area is the topic of discussion in the Mass. Pike rebuilding on the south side of the Charles River from Magazine Beach.

The report includes a couple of excellent maps.  The close up includes the area east of the Magazine Beach playing fields that the DCR and the fake group are fighting for destruction in.

. . . An agreement in principal has been reached between Harvard and MassDOT to use approximately 22 acres of Beacon Park Yard for a new commuter rail layover, maintenance facility and rail station.

MassDOT intends to expand layover capacity to the west and south of South Station to provide a more-balanced mix of layover sites. MassDOT has identified the preferred location in the west as Beacon Park Yard. . . .

Here are the two relevant maps, for your information.

The first shows the overall arrangement.  South Station is at the top right.  The future Harvard Medical School / Beacon Park Yards / Mass. Pike Allston Site are at the top left, close to the Charles River, close to Cambridge, MA, and the Magazine Beach outrages. 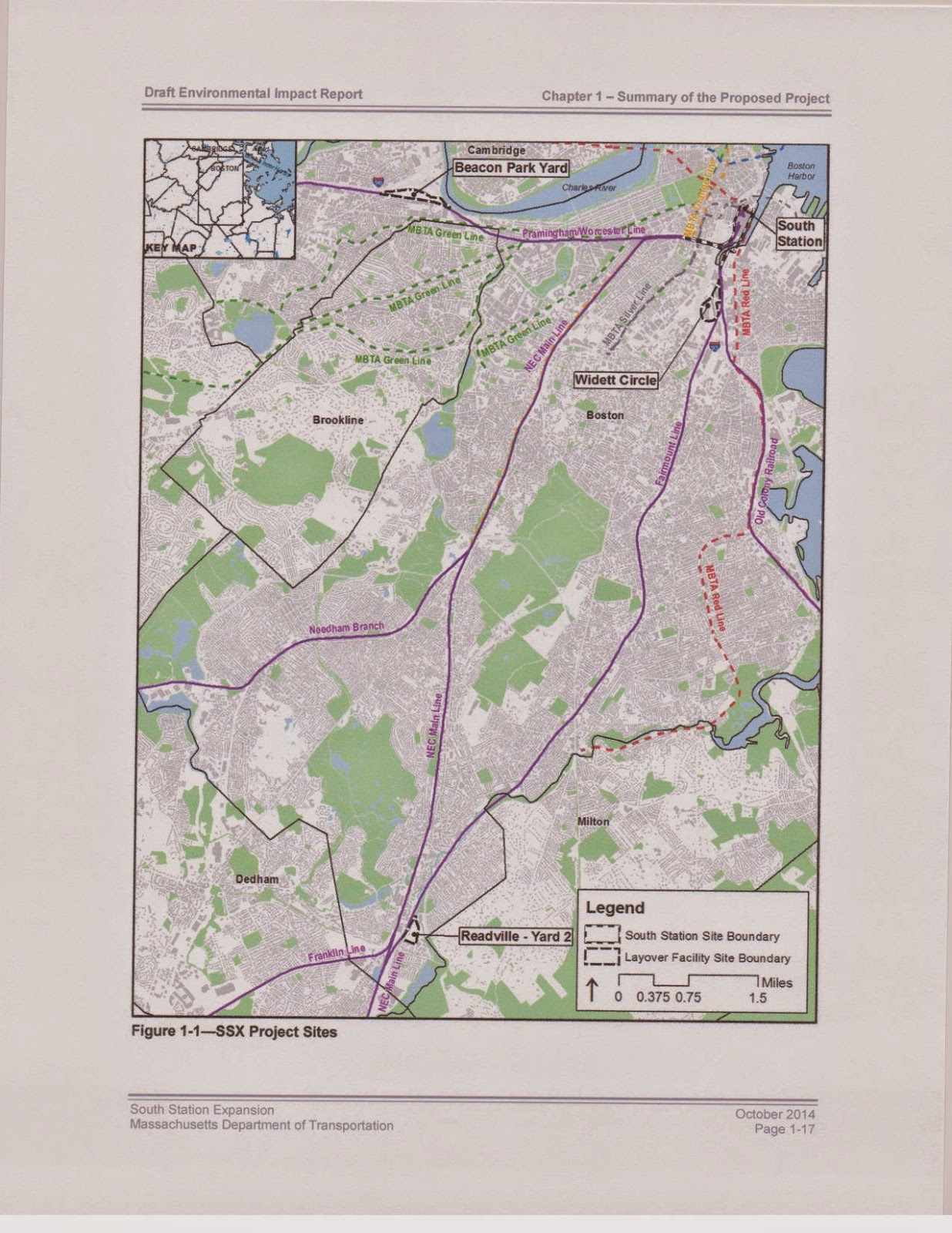 The new layover facility will apparently be located next to the western end of Boston University and a residential part of the Allston neighborhood.

This is the best presentation of these plans I have seen. 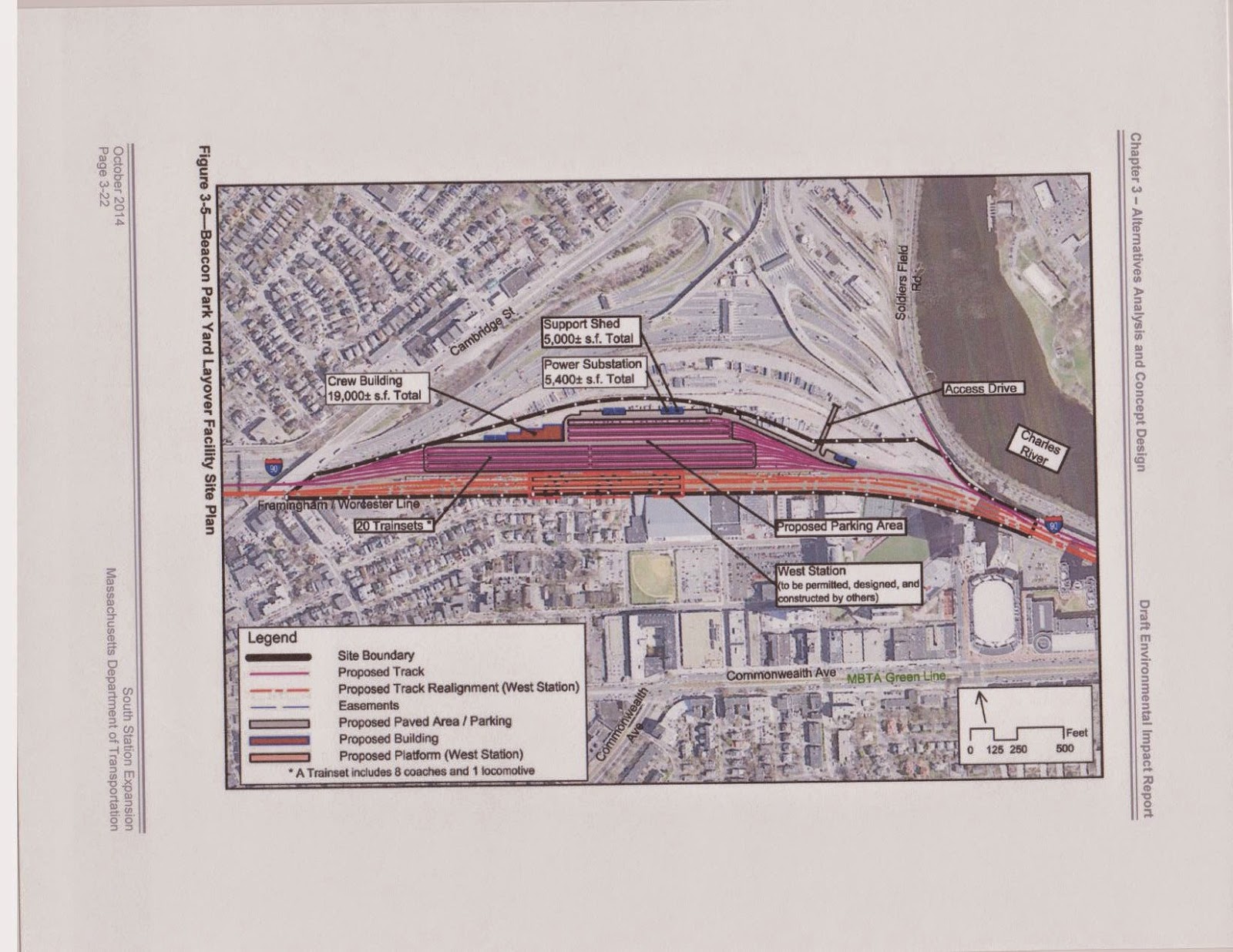 At the right end of the map is Magazine Beach.  The large rectangular structure is the DCR Swimming Pool.  To its right is the little guy’s parking lot the DCR and the fake group are working to destroy.

You will note that the area between the swimming pool and the Charles River is not small.  This area is targeted by the DCR and the fake group for destruction of existing responsible grass, and replacement with the sickly stuff sneaked into the playing fields.

Poison maintenance would replace non poison responsible maintenance.  The DCR’s favored grass is sickly and exactly fits the definition of invasive, since the poisons it needs are destructive to existing animals.  This destructiveness fits the goal of the DCR to kill off or drive away all resident animals.  The fine print of DCR initiatives very consistently attacks resident animals, while putting out lies of the DCR's sainthood.  The DCR and their cheerleaders are really rotten people.

Pretty close to all of the portion of Magazine Beach viewed would go from environmentally responsible, non poison, maintenance to the DCR’s beloved poisons.

A new bicycle highway is desired by the DCR and the fake group which would be linked to the bicycle highway which is part of the proposed destruction of hundreds of trees in Ch. 286, Acts of 2014, “Historic Parkways”.   The tree destruction plans are posted at http://charlesriverwhitegeeseblog.blogspot.com/2014/04/tree-destruction-plans-charles-river.html.  This destruction would be in the existing wetlands and in the middle of what is now a peaceful picnic area.

Dumping of more poisons would require more of the expensive drainage which wasted money and playing field land in the playing fields area.

Individual copies of the environmental filing apparently can be received from Matthew Ciborowski at matthew.ciborowski@state.ma.us, or at 857-368-8845.  EEA File number 15028.
Posted by Friends of the White Geese at 5:32 PM